By Still_Unbeatable (self media writer) | 20 days ago 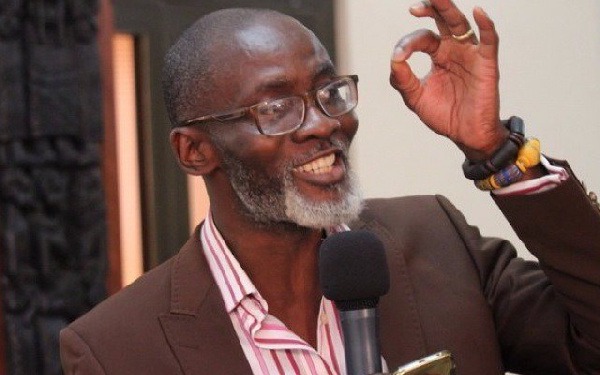 Gabby Otchere Darko is a known New Patriotic Party big wig. Though he holds no office, it is evident that he knows and holds more power than even those in power. Many refer to him as the Prime Minister. Gabby was recently in the United and in a photo some had alleged that he was arrested. Well, Gabby himself has come out to explain what really happened.

It is an undeniable fact that Gabby Otchere Darko is an Arsenal fan. Though the United Kingdom based club has been in drought for an English Premier League glory, many of their supporters believe that there are better days ahead. Arsenal began the 2021/2022 season on a bad note and lost quiet a number of matches. Their league season started with losses to Brentford, Chelsea and Manchester City. They have however bounced back with impressive wins over Norwich Burnley and Tottenham. 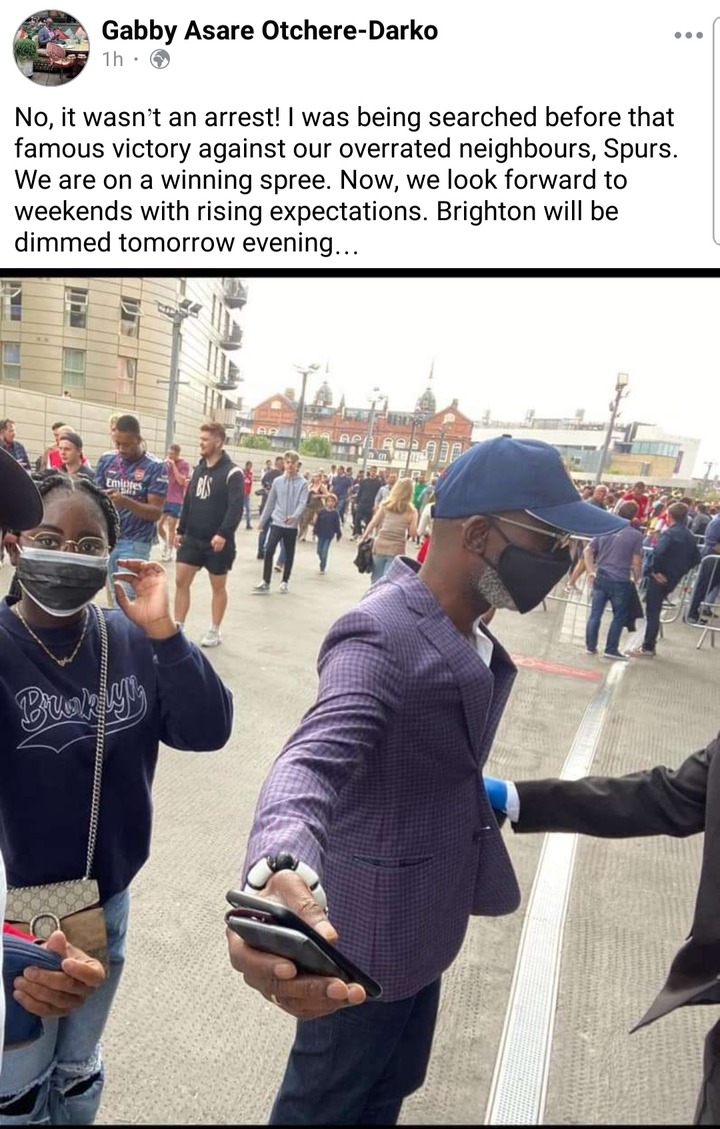 The win against Tottenham was considered as a real test. Gabby Otchere Darko apparently went to watch the match between the two London clubs. The photo in question was when he was stopped to be searched before the Arsenal-Tottenham game.

Arsenal are set to face Brighton this weekend and the Gunners expect another win to pull closer to the top 4. Currently, Arsenal are 10th on the League table after 6 games. From the photo, can we say that Gabby was simply trying to brag by showing that he was at the game or simply wanted to clear the air over a possible arrest?