By Shadow (self media writer) | 2 months ago

Neymar da Silva Santos Júnior (born 5 February 1992), known as Neymar, is a Brazilian professional footballer who plays as a forward for Paris Saint-Germain football club and the Brazil national team. He is known to be a goal scoring machine and a good playmaker , he is regarded as one of the best players in the world, scoring atleast an hundred goals for three different clubs 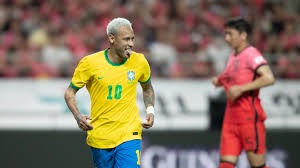 Neymar plays phenomenally as either a second striker, attacking midfielder,central striker or a winger. He stands as PSG's sixth-goalscorer and seventh-assister of all time.He often plays as a left sided forward for both club and country due to his energetic pace and playmaking skills; this position allows him to shoot with his stronger foot, or create chances for teammates. His main traits are his creativity, vision, passing, finishing, dribbling, and technique, he is naturally right footed but capable of scoring with both legs and is known to be one of the best penalty and free-kick takers

During a world cup clash against serbia Neymar was challenge by Nikola Milenkovic in a fierce tackle.He got substituted in the 79th minute limping on his foot as he leaves the football pitch, he broked down in tears on the bench as doctors began treating him in the final minutes of the game at Lusail Stadium

"He will practice this afternoon, and if everything is okay, he will play," Tite said at a news conference on Sunday. "Neymar being on the lineup depends on the medical department clearing that." 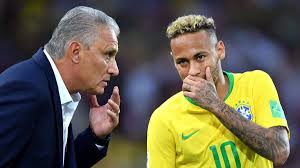 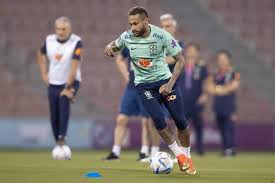 Neymar on his Instagram post stated "Today has become one of the hardest moments in my career and in the world cup.I have an injury, yes, it's bad, it's going to hurt, but I'm sure I'll have the chance to come back because I'll do my best to help my country, my teammates and myself.A long time waiting for the enemy to knock me down like this? NEVER!"