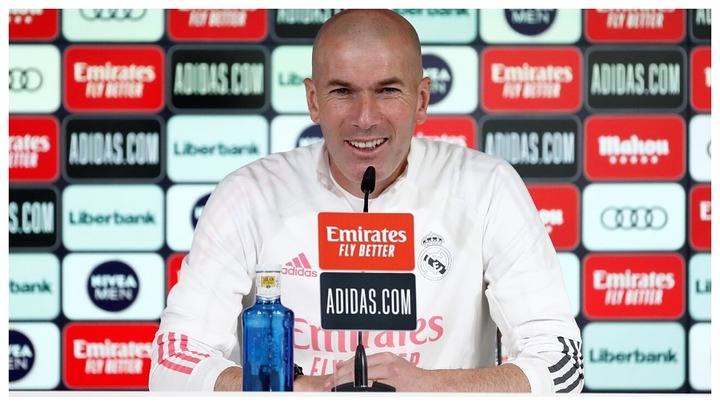 Zinedine Zidane addressed the media on Saturday and the Belgian international Hazard was one of the main talking points, with the coach pointing to the fact that the Belgian has apologised.

He revealed that he had a conversation with the Belgian after the events of Stamford Bridge.

“We know what's at stake, there are four games left, four finals to finish of LaLiga. We want to forget about the Champions League and focus only on tomorrow's game. All I can promise you is that we're going to compete, from minute one to minute 90. Our focus are these four games and finishing the season strongly," he stated

“The players just want to win and that's the same in every game, even if sometimes it's not possible. The key thing is to give it our all, 100%. That often reaps its rewards and if it doesn't you have to be patient. Sevilla are a good side and they've shown that this year. They are fighting to win LaLiga and we know the type of performance we need to produce if we want to win the game.

“Ramos played against Chelsea because he was 100% ready to play. Then he had a relapse after the game. He has had a relapse and we hope he will recover soon. He wants to stay with the team. He was ready to play against Chelsea.. we have to deal with this. He's the first who's angry because he always wants to stay with us, he wanted to help in this final part of the season”.

“Hazard apologised about the other day. He didn't intend to cause any problems. He's a Real Madrid player and he will compete for Real Madrid. So far we haven't seen the Hazard people want to see. I think he's going to turn things around. It's a tough time but he's got a contract and he wants to succeed here.

“I said all the clubs are suffering because of injuries but now... I think we're the ones who have suffered the most. Too many injuries.. of course I'm worried”.