EPL: Bukayo Saka's brace took Arsenal back to the top of the Premier League

By SirSirJohn (self media writer) | 3 months ago 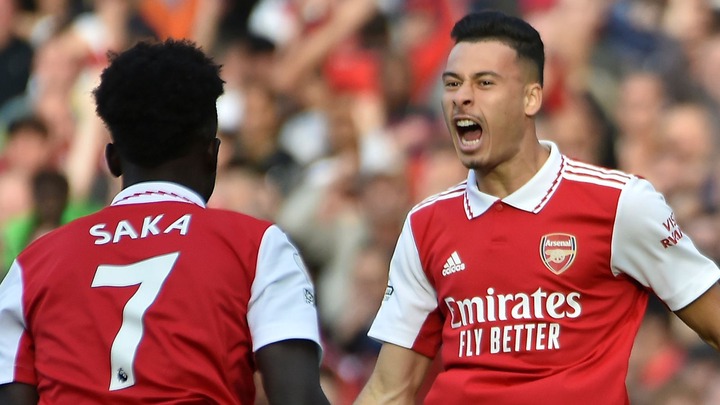 Bukayo Saka's brace took Arsenal back to the top of the Premier League and an emphatic 3-2 win over Liverpool, which has left the home fans dreaming of a title chance while the visitors were stuck in mid-table.

Arsenal had not scored in their last six meetings with Liverpool and were unbeaten since July 2020. But taking advantage of Juergen Klopp's side's slow start to take the lead after just 58 seconds, when Gabriel Martinelli finished a pass from Martin Odegaard. 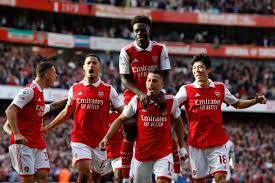 Darwin Nunez (34th) equalized for a resurgent Liverpool, but Arsenal ended the half the way they started it, with Saka (45.+4) finishing off a quick counter-attack at the back post after Martinelli cross.

Substitute, Roberto Firmino (53) brought Liverpool back into the game early in the second half with a shot from an acute angle, but Arsenals were now applying more pressure and when Thiago Alcantara hit Gabriel Jesus on the calf, Saka (76) confidently converted the penalty awarded to give his side the lead for the third time in the match. 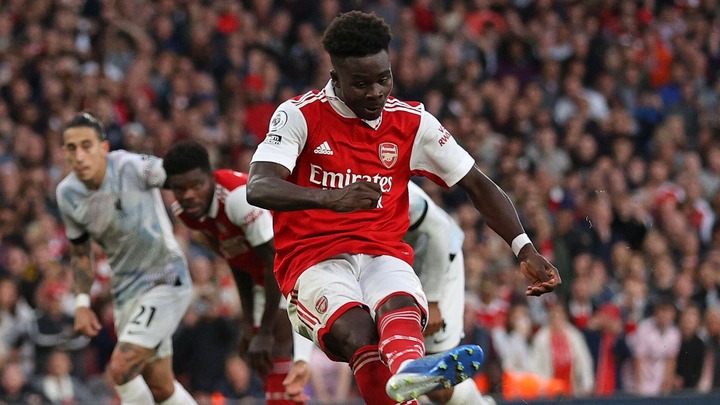 Liverpool pressed and pressed for another answer and the nervousness of the home team and their fans was evident, but Arsenal impressively repeated the victory in the North London derby and extended their unblemished home record to five games this season. Liverpool is now in 10th place, 14 points behind the Gunners, who, however, have one game at hand. It's a long, long way back to title contenders if there is a way back at all, but with nine games to go. Arsenal leads Manchester City by one point.

Content created and supplied by: SirSirJohn (via Opera News )