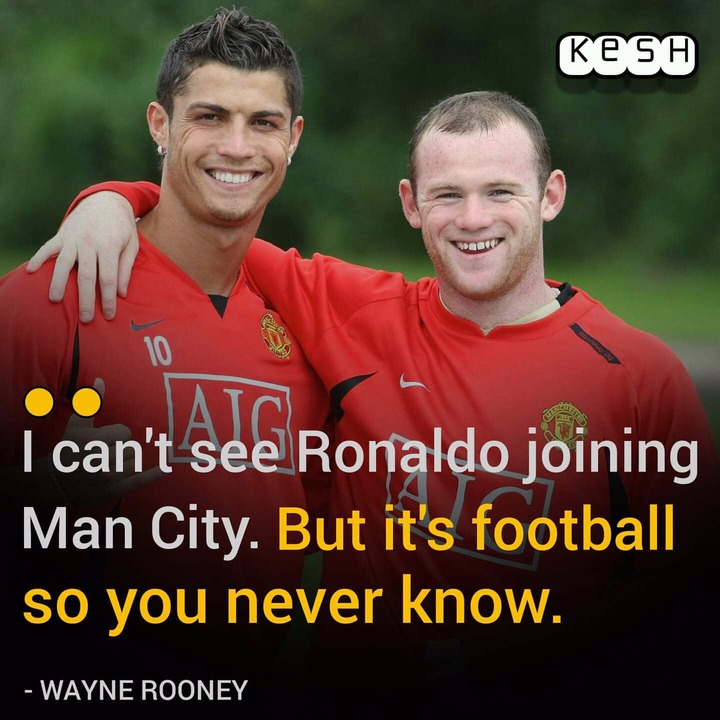 You can see from the comment that Wayne Rooney made that he can't see Cristiano Ronaldo joining Manchester city but it is football anything can happen. This shows that he does believe that this transfer is going to happen but he also thinks that it is football so anything can happen. These transfer moves have been causing a lot of fans to talk about it and this shows how it hurts them to see Cristiano Ronaldo going to play for Manchester City their rivals.