By adurichard1 (self media writer) | 1 year ago 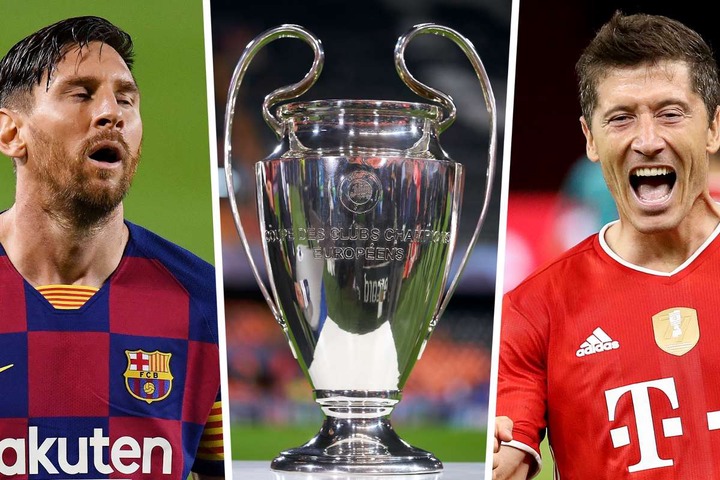 The Argentine remains the world's greatest in the former Blaugrana man's eyes, but Champions League glory would see the Pole have the better season

Barcelona legend Rivaldo has responded to German icon Lothar Matthaus's assertion that Bayern Munich's Robert Lewandowski is the best player in the world ahead of Friday's Champions League clash, with the Brazilian still convinced Lionel Messi holds that honour.

Both of the attackers are their teams' main goalscoring threat and will endeavour to do their part to seal a spot in the semi-finals as the European heavyweights face off in Lisbon.

While Rivaldo believes that Messi has no peers when it comes to quality of consistency over his decorated career, he concedes that Lewandowski's current form could see him named player of the season if his Bayern side can knock out the Blaugrana.

A Champions League like no other? PSG late show has Neymar & Co. believing again

“German legend Lothar Matthaus has said that Messi is about to face his successor as the world's best player - Robert Lewandowski,” Rivaldo wrote in a column for Betfair.

“Lewandowski is in such extraordinary form, and is well placed to be the best world player in 2020, but he still has to beat the current best player. It will be fascinating to see how the two players perform on Friday.

“As we know, Messi tends to show up on the big stages, raising his game when needed. Lewandowski has scored more than 50 goals this season and will be desperate to reach the semi-finals.

“Whoever goes through the next round out of these two stars can call himself the best in the world in 2020.”

Bookmakers have Bayern down as favourites for Friday's match-up, with strong collective performances having seen the Bavarians overcome a poor start to the season to clinch yet another Bundesliga title.

Rivaldo, however, still feels that Barca have a good chance of seeing off their German opponents due to the individual brilliance of their talismanic captain.

“Barcelona have excellent players who can capitalise on opponents' slips and, for that reason, I think Barca have a good chance of qualifying,” he said.

“If they maintain their concentration for 90 minutes and take advantage of any Bayern errors, they can get through to the semi-finals. Bayern are an excellent team but in Lionel Messi Barca have the best player, and the most effective match winner, in the world.”

Content created and supplied by: adurichard1 (via Opera News )