By AlhassanIbrahim_26 (self media writer) | 5 months ago 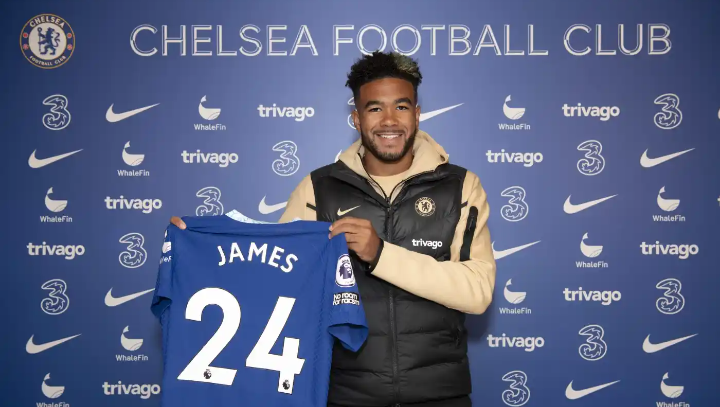 Reece James first trained with Chelsea when he was age six. The academy graduate came out as one of the best young players in the game. His skill, crossing ability, positioning and athleticism makes him comfortable in defense or at wing-back or full-back and having now signed a long-time deal until 2028, Chelsea fans can enjoy James’ promising talent for much longer.

Chelsea's new owner, Todd Boehly, said, "We are thrilled to give Reece a new long-term contract at Chelsea. He is an outstanding player and a true Chelsea man, and we are all looking forward to watching him continue to flourish at Stamford Bridge."

Also, co-owners, Behdad Eghbali and José E. Feliciano said, "Reece is a very special footballer and one we love having at Chelsea under our ownership. His blend of physical and technical ability is a huge asset to our team now and for many years to come."

Reece himself said said after signing the new deal, "I am over the moon with my new contract and I’m thankful for the fans, the new ownership and everyone involved in the club. I cannot wait to see what the future holds, and I am sure we will have the chance of winning many trophies. I grew up supporting this club and I’ve been here since I was a six-year-old. I put pen to paper on a new deal because this is the club I want to be at. I’d like to say a special thanks to the fans, I am here to stay and we have a bright future ahead of us."

Reece, who turns 23 in December, went through Chelsea's academy and flourished before taking his first steps in the professional game in 2018/19 on loan at Wigan Athletic. He was a huge success, and cleaned up at the Latics’ end-of-season awards, receiving an astonishing 96 per cent of the votes in their Player of the Year poll.

Reece made his Chelsea debut on September 2019. Reece was a consistent presence in Frank Lampard’s team, proving equally adept at right wing-back as he did at full-back. Reece became Chelsea's youngest goal scorer in the Champions League with an equaliser against Ajax, when Chelsea did a comeback from 4-1 down to draw 4-4.

Reece started this by scoring a fantastic goal at Brighton, and finished it an England international with a Champions League winner’s medal in his hand. Reece’s attacking threat from right wing-back only increased last season. Last season, he scored six goals and gave 10 assists in all competitions including strikes in wins against Arsenal and Juventus, and a brace against Newcastle at St James’ Park.

The right-back already has 128 appearances for the Blues and with this new deal, he will greatly increase that tally in the coming years.