By ghupdates (self media writer) | 11 months ago

Norwich City manager Dean Smith disputed the penalty awarded to Manchester City in the closing stages of Saturday's 4-0 Premier League home defeat at Carrow Road but accepted they had been beaten by the better side.

Norwich suffered their first defeat in five games in all competitions thanks to a hat-trick from Raheem Sterling, although Smith objected to referee Andre Marriner after he was awarded a penalty following a collision between Grant Hanley and Liam Delap. 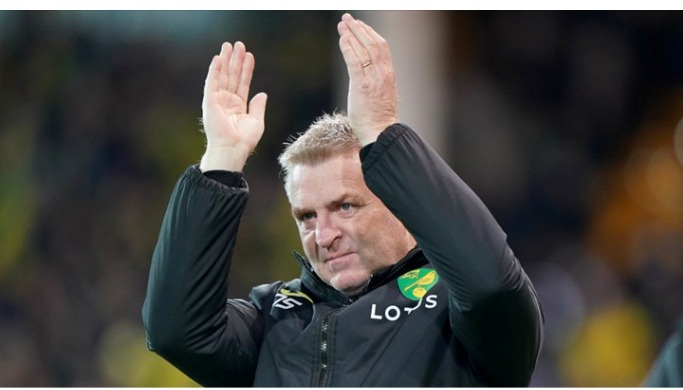 Smith told Sky Sports, "It's a frustrating evening because we were beaten by a tremendously talented squad."

"I told Andre – I think he's a good referee – that decision was horrible for the fourth goal."

Norwich had a promising start but failed to make use of their opportunities before Sterling opened the scoring, and Phil Foden made it 2-0 following a mix-up after the break.

"The second goal is our undoing. We abandoned our values and let a tap-in. "It was tough after that," Smith remarked, as the stadium was deflated.

"It's difficult for centre-halves because they don't know who to mark because of the manner they play." We could have left a little sooner."

Norwich City, who were at the bottom of the table for the first half of the season, are now 18th in the table with 17 points, one point behind Newcastle United, who have two games in hand.

However, Smith stated that their defeat should not deter them from continuing their struggle for existence.

"I've told the players that playing against Man City will not define our season," he stated. "We knew our players couldn't afford to make many mistakes, and we did."