World class forward has been informed that he has won the 2021 Ballon dOr award- RTP media reveals.

By BJ_Sports (self media writer) | 10 months ago

Football has several award platforms where the best clubs, players and managers are awarded, either one match basis, monthly basis, tournament basis or yearly basis. Notable among these are the UEFA Awards, Globe Football Awards, Golden boot, Golden glove, The Ballon d'Or, Man of the Match, Player of the month, etc. However, none of these awards is ranked higher than the FIFA Ballon d'Or. This award, given by the MagazinFrance Football in the name of the mother of all football associations, FIFA, has ruled on top of all other football awards and continues to be recognised as the most prestigious of them all. 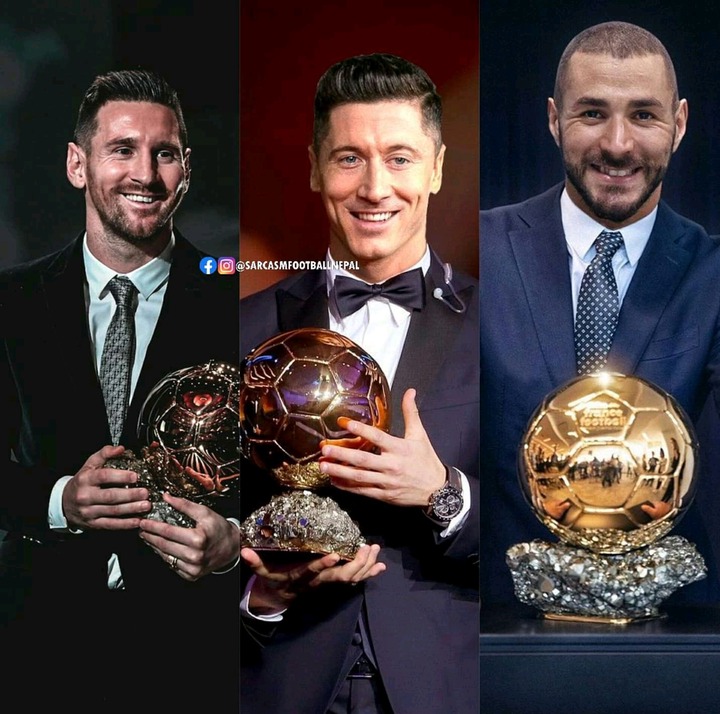 This award ceremony, which was formally and continuously dominated by Lionel Messi and Cristiano Ronaldo, during their primes, has now seen a new light as other players besides these two, have great chances of winning as well. In this year's already decided, but yet to be made public Ballon d'Or awards, Lionel Messi, Lewandowski, Benzema and other players are all considered potential winners. For most people, Lewandowski is the favourite, ahead the six-time winner, Lionel Messi. Though the announcement is scheduled for the end of November, leaked information from reliable sources have already exposed the winner.