Having relinquished the UEFA Champions league tittle, Barcelona finally kissed the La liga tittle goodbye on sunday following their disturbing 1-2 loss against Celta Vigo at Camp Nou. Intuitively, the Catalan giant will end their season with the Copa Del Rey trophy being the only silverware they managed to salvage. The dismal performance has raised considerable concern prompting the club's board to take necessary measures to improve the squad next season. 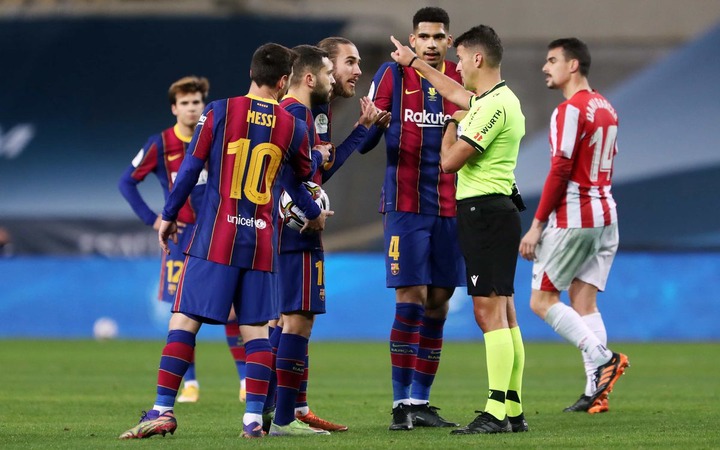 As part of the efforts to revitalize the club, the board were reportedly looking forward to replace Barcelona coach, Ronald Koeman with club legend Xavi Hernandez. However, Xavi's contract extension with Qatari club, Al Sadd ruled out the move. Latest news from Barcelona camp claims, the club has also realised the club's dismal performance is not entirely the fault of the Dutch coach, as a result the club is embarking on a critical analysis on the players contribution this season. Based on the analysis, some players would have to be shown the exit door or take pay cuts to remain at the club. The likes of Antonie Greizman, Gerard Pique, Sergio Busquet and Sergi Roberto who are all on astronomical salaries, are no longer untouchables and stand the risk of getting offloaded this summer after the club's final decision. Barcelona are keen to cut their losses by cashing out underperforming stars to bringing in marquee players.

ECOWAS postponed the Launch of Single Currency to 2027