Giovanni Was Still Supporting Man U Last Night, Until He Gave Up And 3 Other Fun Facts About Him

By TommyO'Dell (self media writer) | 5 months ago

Giovanni Caleb, one of Ghana’s finest entertainment media personalities is definitely on his unending rise to the top and many believe that, his fast rise, is nowhere compared to how far he can go soon, around the globe.

This is definitely due to his excelling skills on camera and his solid knowledge base, as a graduate from Ghana’s premiere university, the University of Ghana, where he graduated in 2011, with a good Second Class Upper Bachelor’s Degree.

Well, concerning sports, his love for Manchester United has been very phenomenal, but he may have been forced to take the backseat, as his team lost big on Saturday night, in an astonishing first half in some intense west London heat, which saw Manchester United put in one of their worst performances in 30 years of playing in the Premier League - with Ten Hag's mistake-laden side doing their new manager no favours.

In a post on his Facebook post, when things was obviously not going well with his team, Giovanni Caleb was defiant and shared that, “Early night for me. Still MAN UNITED! Tough times don’t last anaaaaa mose team ay3 Banku.” 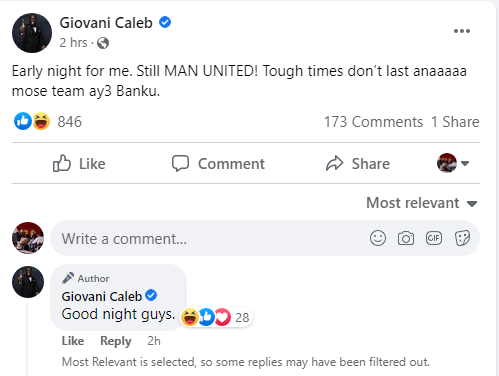 But few minutes after this post, when he became convinced that, his team was going to fail him again, as they have been doing of late surprisingly, he was quick to throw in the towel with a funny comment, when he commented that, “Good night guys.”

Well, aside sports, Giovanni Caleb has some intriguing facts about his life and what many are fast becoming aware of is also the fact that, despite his neck largely buried in the entertainment circles, he is a fine family person.

As a husband, he has been married to Belinda Boadu, many years back, before his sudden break into the industry though and that was not without controversy also, as many asserted that, he was won over by the ladies financial prowess, something Giovanni insist is lies, as he was attracted by his well-endowed upper body structure. 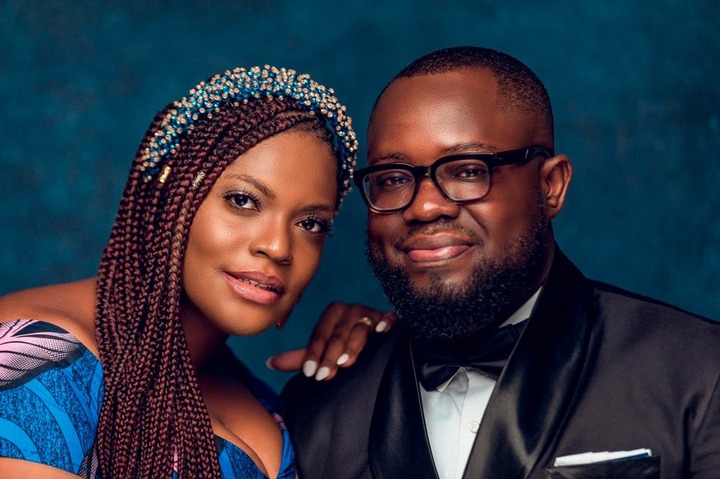 Well again, Giovanni Caleb is a father and with his beautiful wife, they now blessed with two children, the first been a girl and followed by a boy. Whereas Giovanni’s wife has been posting them on her Facebook posts, she has largely given them some simple names, probably to hide their real names from her followers.

Again, what many may not know is the fact that, Giovanni Caleb is a Christian and a practicing one of course, as he is a member of the Cedar Mountain Chapel. 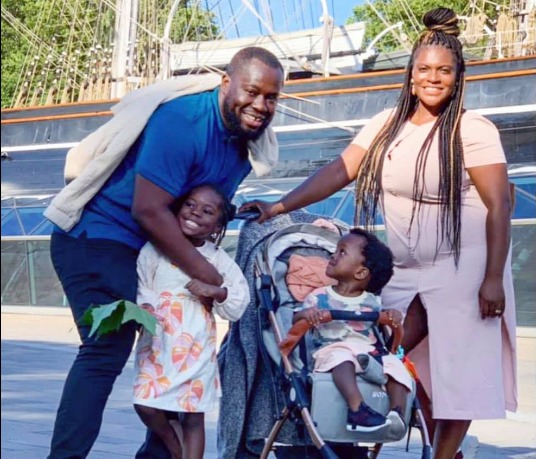