Pirlo: Ronaldo at the center of the transfer gossip after Juventus champions league exit 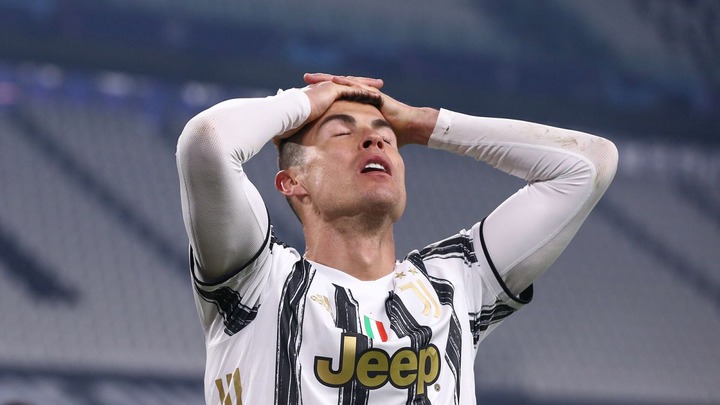 The 36-year-old forward was linked to his return to Real Madrid at the end of the season, three years after he transferred to Italy. Juventus was eliminated from the Champions League by Porto on Wednesday (AEDT), with Ronaldo facing criticism from the figures, including Fabio Capello, on the second leg.

In particular, he turned his back on Sergio Oliveira's free-kick, which found the back of the net in extra-time, which caused a lot of negative judgment. Ronaldo also struggled to score against the Portuguese giants in any of the games, in a tie that Juventus lost to the away goals. "He's good, it's natural that he's upset with what happened the other night," Pirlo said at a news conference on Saturday.

"Normally, there are rumors after elimination. Along with [Lionel] Messi, he is the most powerful football personality in the world." But let's note that he's already done well for us, averaging about 90 goals in 100 games. It can happen that he doesn't score in one match, and with him, it makes more and more noise."

Juventus is back in action on Monday (AEDT) on a Serie A ride to Cagliari. Trailing leaders Inter by 10 points on the weekend fixtures, Juventus could not afford to lose points at this stage of the season. "I have been in all of these cases. I've won a lot and I've lost a lot," Pirlo said.

"After great disappointments, I've always tried to start up again with excitement. We're off again with an urge to prove that we're Juve." We're going to carry the championship to the last game. It depends on us, on the expectations we've all set ourselves. "From moments of great sorrow, we've got to do our utmost, and I'm sure we'll do it tomorrow." It's going to be a significant match after elimination. It's going to take team spirit to play a great game."