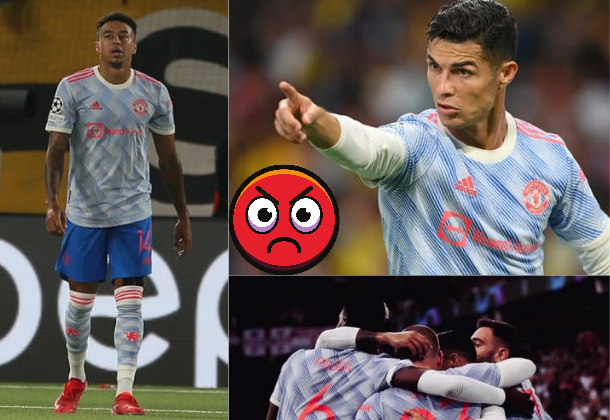 After Christiano Ronaldo's return to the club, many expected the boost in morale to equate to back-to-back wins in their upcoming matches. However, that morale got trashed after the match between Man United and the Young Boys was concluded.

Christiano Ronaldo, who scored an early goal for Man United proved that he was worth the transfer. However, per critics, it was Ole (the Coach) who messed up in terms of tactics and that's what caused Man United to lose the game.

This is because, as the match reached its final stages, Ole substituted Ronaldo With Lingard. Critics also blame Ole over some questionable tactics he seems to employ even in games that are seen as clear wins for a team on Man United's caliber.

Christiano Ronald has finally broken silence over his and the team's loss in a beautiful fashion. In a tweet from his official handle, he states that

"Wasn't the result we wanted, but now it’s time to recover well and focus on the next game!" 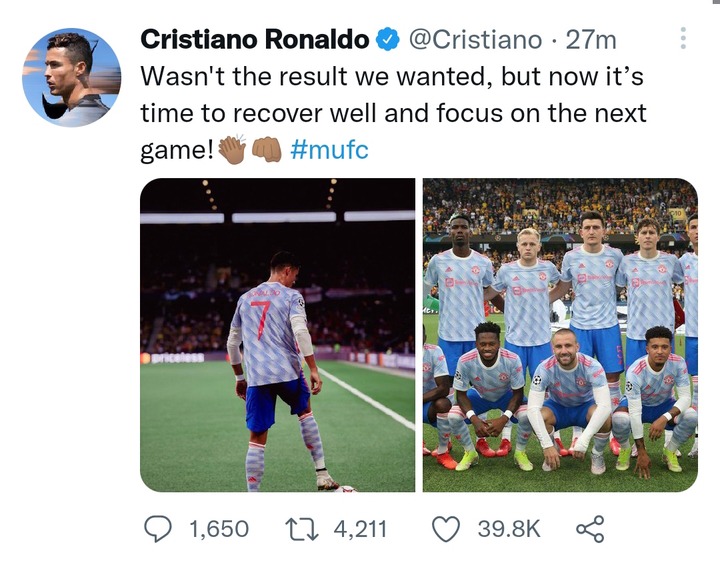 Implying that Ronaldo was highly disappointed with the results obtained. However, we all know Ronaldo, he is one to bounce back from serious adversity, so he pledges in the next segment of his tweet to come back in his next match with more focus.

Netizens carried on from there with discussions about sacking Ole as his poor performances are becoming too much. 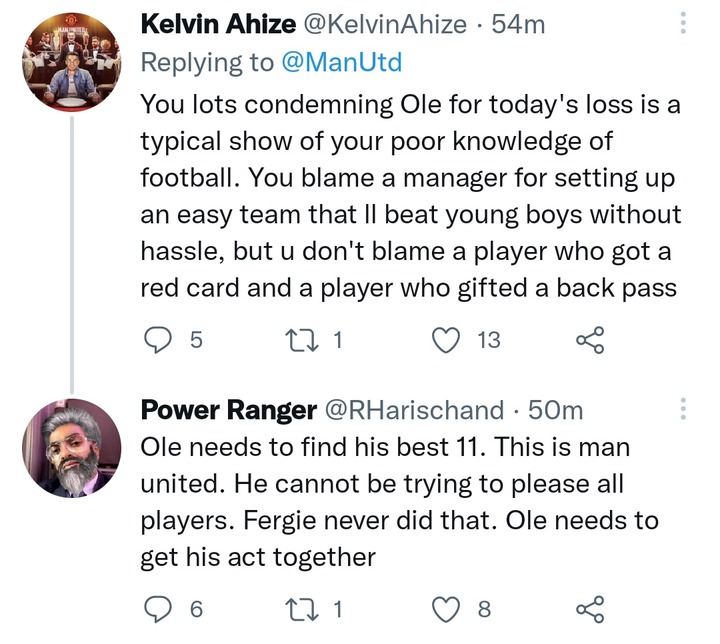