Since Christmas, Manchester United has scored 17 goals more than Liverpool in the Premier League 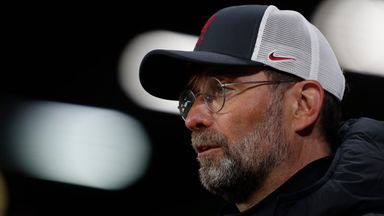 Once Christmas arrived, defending champions Liverpool appeared to be the team to beat in the Premier League once more.

Liverpool had just thrashed Crystal Palace 7-0 away from home on December 19, with the deadly trio of Roberto Firmino, Mohamed Salah, and Sadio Mane all scoring, putting them five points clear at the top of the table.

With teams around them struggling, Jurgen Klopp's side had high hopes of reaffirming their Premier League supremacy by winning a second consecutive title.

But what happened after Christmas has been nothing short of a nightmare, and a dominant Manchester City could dethrone the Reds this weekend. However, City must prevail and Liverpool must defeat United in order for this to happen.

Liverpool is now in extreme danger of losing out on Champions League football entirely, as they sit sixth with five games remaining, four points behind Chelsea in fourth.

Although the loss of Virgil van Dijk and Joe Gomez in the heart of defence can be blamed, and a more recent injury to captain Jordan Henderson hasn't helped matters, Liverpool are now a shell of their former self in attack.

Last season, Salah, Firmino, and Mane were in scintillating form as the club won its first-ever Premier League trophy, but now a lack of firepower is thwarting their collective ambitions.

Liverpool will face Manchester United at Old Trafford this weekend, and they will be a wounded animal. The stark difference between the two sides of attack is visible to everyone.

Liverpool scored 85 goals in the Premier League last season, compared to 66 for Manchester United. Just Pep Guardiola's City side, with 102 goals, scored more than the Reds.

And Liverpool's dominance at the top continued into this season, but their attacking prowess has plummeted since Christmas.

Since Christmas, Liverpool has scored just 19 goals in as many Premier League games, compared to 36 for United, who have been City's closest title challengers this season.

In reality, Liverpool is currently 13th in the Premier League table in terms of goals scored since Christmas. West Bromwich Albion and Burnley, for example, have more. It's a huge improvement from last season.