In the brim of the UEFA Champions League Finals which is scheduled for 28th May 2022 in France, its subsidiary version - the Europa League took off successfully today in Seville, Spain at the Ramon Sanchez Pizjuan Stadium and German side Eintracht Frankfurt emerge as Champions on the account of 5-4 on penalty shoot-outs at the expense of Scottish side, Rangers after 1-1 draw in fulltime and extended minutes. 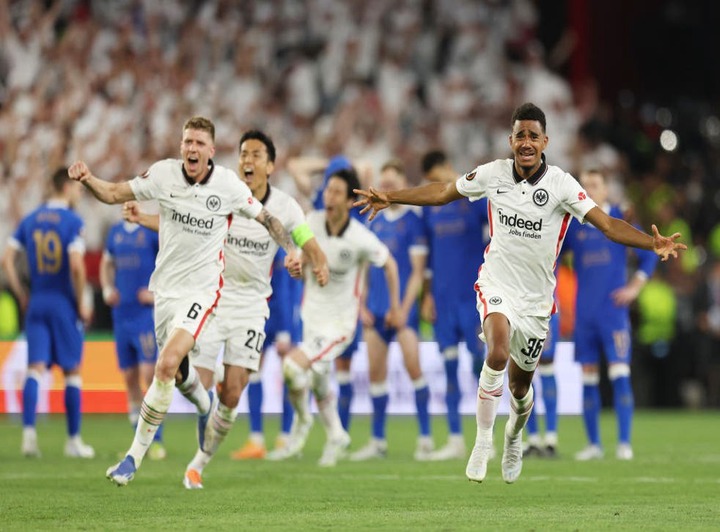 It was a close encounter which ruled out any heavyweight, a typical 50-50 chance of winning by either side. The first half of the game resulted in a goalless draw and the second half, a 1-1 draw, extending the minute further [Extra time]. Joe Aribo gave Rangers the lead exactly 12 minutes into the second, as a guide but that didn't hold for long as Rafael Santos Borre equalized exactly 12-minutes after for Eintracht Frankfurt halting their hopes.

With an additional 30 minutes of extra time, both sides could not find the target as the score-line remains the same leading to a penalty shoot-out in which Aaron Ramsey failed to convert his, crowning Eintracht Frankfurt as current Champions taking the bragging rights from Villarreal. 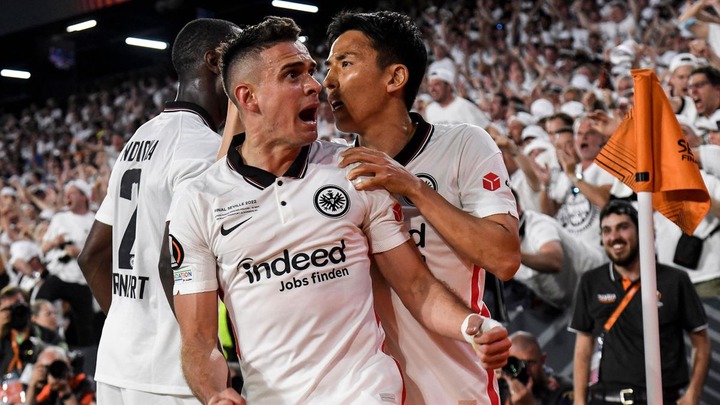 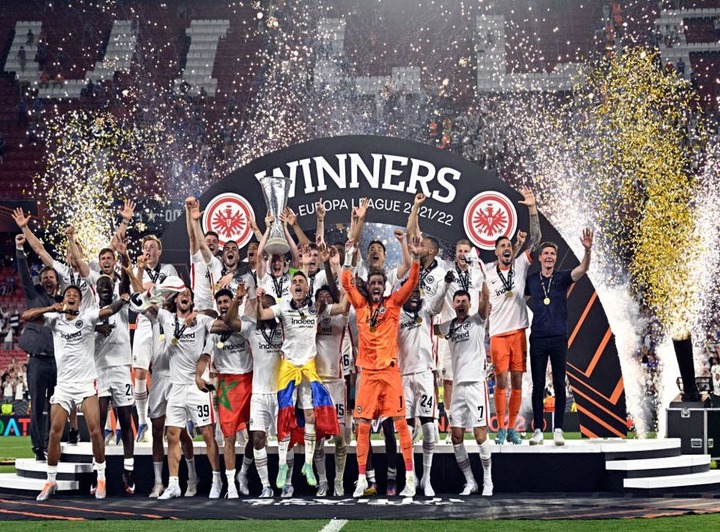 Which team awaits Eintracht Frankfurt in the UEFA Super Cup?.