Disappointed in Ogum for resigning (Opinion)

By allglobalsports (self media writer) | 20 days ago 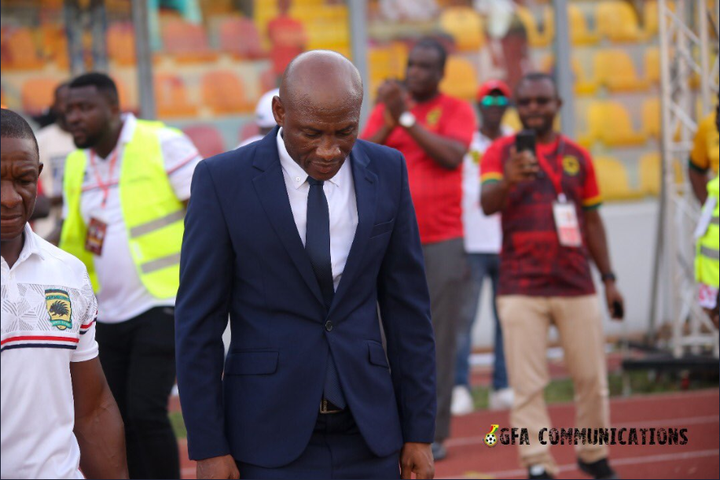 The brouhaha happening in Kotoko currently would have been reported differently had it been my darling club, Hearts of oak. They knew the coach and the players have not been paid for over 4 months and they were quiet about it. Hearts of Oak’s indiscipline players sent them a message that they have not been paid for almost 2 months and all hell broke loose. We became a topic for discussion. Evil people.

I am equally disappointed in Ogum for resigning because of the reasons been bundles around. If those reasons are true then he can’t survive in hearts of oak.

Ask Boadu which board member was at his brother’s funeral to mourn with him. When Boadu was burying his own brother no board member was there. He was even made to play his match before going to Kumasi to go and bury his blood brother. It comes with the job. It is not part of the contract but it is just nice to do nice things. Boadu didn’t complain. Maybe he is matured.

Signing of players? Hahahahahaha. Ask Boadu again that of all the players that were signed for him, how many did he recommend? But the players were signed anyway and he is using them and still using them and they are still signing for him. Maybe the good thing this time is the opportunity given him to assess them.

Coach Ogum wants to keep all his players? He is a joke.

Ask Boadu where Afutu is. When Afutu was leaving, the club could have stopped the move had it decided to but out of anger they allowed him to go. Bottom line; you can’t keep all of your good players.

Unfortunately, we get fans who also take this information from the media whether true or not and exaggerate the whole situation. with what I have seen and read the board chairman deserves praises.

In conclusion, if really Ogum left because of the reasons in the media then I can only say there is more to it than it meets the eye. He probably does not like the club so he needed an excuse to walk away from the team.

Content created and supplied by: allglobalsports (via Opera News )

Facts: How do Actors/Actresses make themselves cry for a scene?

Pay $10,000 Before We Release Our Player To You - Accra Hearts Of Oak Told