Cristiano Ronaldo continue to make the headlines in Europe and beyond, and keep showing why he deserves to be mentioned among the greatest footballers all time. It just unfathomable to see the Portuguese footballer quite agile, strong and unerring despite his age. Once again he made history last night in Portugal's World Cup qualifiers against Republic of Ireland, where he broke the longstanding record of Iranian striker, Ali Daei as the all time topscorer in international men's footballer(109).

The 36 year old missed an opportunity to put Portugal in front after his penalty was saved by Ireland shot stopper, Gavin Bazunu. It didn't take too long for the boys in green to take the lead, after John Egan's opener. Ireland continued to rebuff the incessant attacks of Portugal until the dying embers of the game, where Ronaldo compensated his penalty miss with two late goals to seal a win at the Estadio Algarve. His two goals leaped him from 109 to 111 goals, becoming the new all time goalscorer in international men's football. 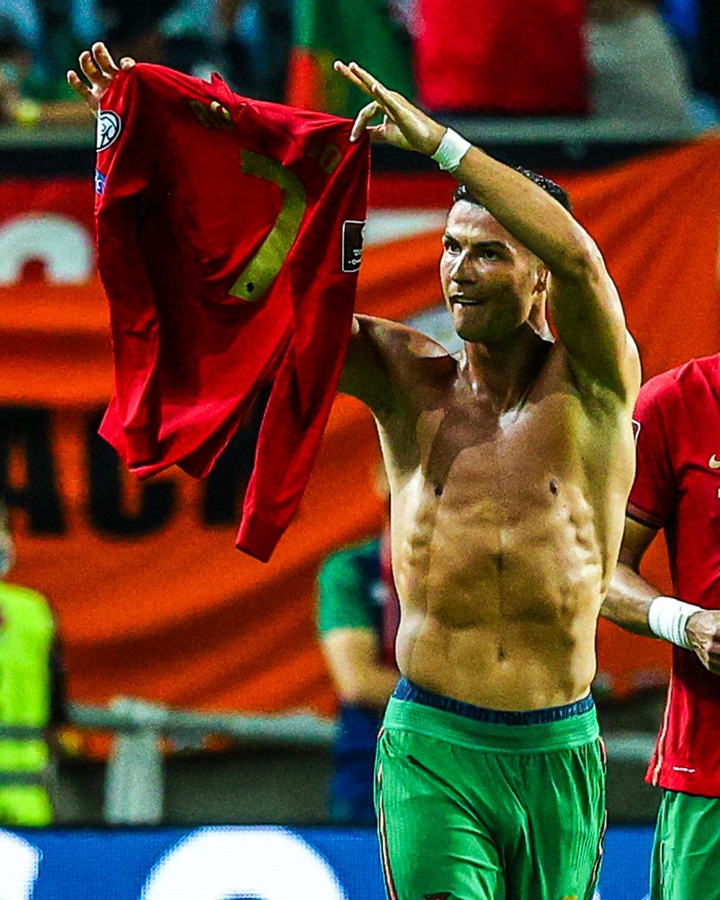 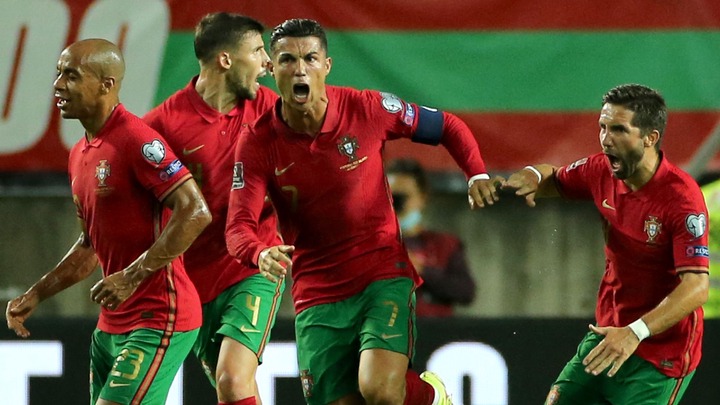 His heroics set social media ablaze with influx of complements and praises for the marvellous feat the Portuguese has attained. Ronaldo also replied the complements with an inspiration message on his twitter page this morning, which is literally an inspiration for everyone endeavouring to achieve set goals and aspirations.

"Not just another record broken, but another record earned. I think it is really important, whatever it is you want to achieve in life, that you set goals, so you have something to work towards. I hope this goal will help you reach your greatness ", Ronaldo said.

Indeed it is an awe-inspiring one from the five times Ballon d'or winner and can be a real booster to any fledgling prospect or an individual with aspirations in life. Meanwhile Ronaldo will miss Portugal's next qualifier game against Azerbaijan on Tuesday for his booking yesterday but would be expected to reserve his vivacity for next weekend, where it is anticipated he will make his league debut for his new club, Manchester United. If his performance yesterday is anything to go by, them he has more in his Arsenal to add to the Red devils team this season.