With the transfer window approaching, many clubs have heavily shown interest in several players from other clubs, and a few already made moves like Manchester City who have confirmed the signing of Erling Braut Haaland from Borussia Dortmund for a reported fee of €51M, Chelsea linked with several targets as Antonio Rudiger and Andreas Christensen replacements following their free transfer to Real Madrid and Barcelona respectively at the end of the season.

Reporting from Tottenham Hotspur camp, it's understood that, Antonio Conte have heavily shown interest in two of his loan stars and considering a permanent deal this summer. 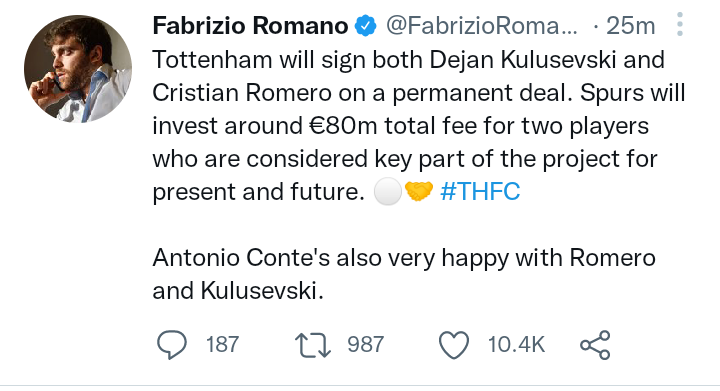 Dejan Kulusevski and Cristian Romero have been the key figures of the team tallying their minutes played per game at 84. With the existence of these two players, Tottenham Hotspur are one of the contenders for the UEFA Champions League tournament this season in three years.

Juventus and Atalanta loanees - Kulusevski and Romero sealed the move six months ago for a reported fee of [Kulusevski -€10M, Romero -undisclosed] for a year and a half deal. And as it stands, a year and a month deal are at stake, however, Tottenham are of the motive of making it a permanent deal seeing the duo as part of the club's present and future. 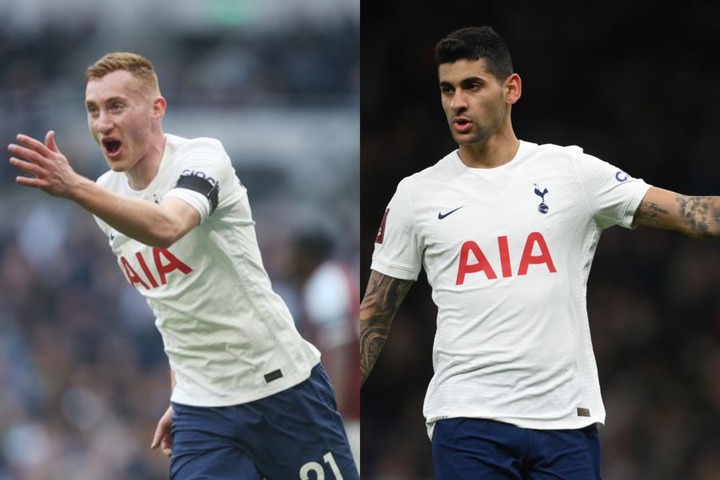 It's reported that the deal should be worth around €80M ideally not less than €50 for Dejan Kulusevski.