By Frankveli (self meida writer) | 22 days

Cristiano Ronaldo is a Portuguese professional footballer who plays as a forward for Juventus and captain the Portugal national team. He is considered the best player in the world and widely regarded as one of the greatest players of all time, Ronaldo has won five Ballon d'Or awards and four European Golden boots both of which are records for a European player. He has won 31 major trophies. 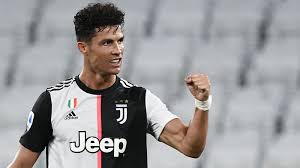 This article focus on the some interesting facts about the Portuguese star that you might not know.

1. Ronaldo was sacked from school.

At the tender age of 14 years, Ronaldo was rather popular amongst the other kids. However, it may have gotten a little to his head, as he sprang a chair towards one of his teachers. The act led to his expulsion from the school. Luck must have been on his side as this was the time he credits to his turning point. His mother advised him to focus on football instead of causing trouble, which from what you can see today, he surely did follow his mothers advise.

﻿2. Ronaldo was diagnose with racing heart.

Ronaldo actually had to undergo major surgery at the age of 15 years old due to a racing heartbeat. If he hadn’t had the heart surgery, there’s a risk that Ronaldo would never have been able to become a major football star. Apparently he had his surgery in the morning, and was then released from hospital that afternoon.

﻿3. Ronaldo's best friend sacrificed his own place at football academy to Ronaldo.

Ronaldo has accredited his success to Albert Fantrau. In his younger years, Albert was admitted to a football academy, however, he turned it down and Ronaldo was taken into the academy. When Ronaldo was asked Alfred why he refused the intake position, he simply responded, "You're better than me" . Ronaldo has never forgotten this sacrifice, and once gifted Fantrau a house, a card and money as a thank you.

Growing up, Ronaldo didn't have the catchiest of nicknames. He was referred to by two popular nicknames, 'crybaby' and 'little bee'. The former was because he would more often than not cry if things didn't go his way. When other kids would fight on the pitch, Ronaldo would result in tears as his favorite conflict resolution method. The latter nickname was because he was as quick as a bee when he was playing football. Very little has changed, as few would match his skill and speed when he has the ball.

5. Ronaldo was named after a U.S president.

Cristiano Ronaldo dos Santos Aveiro was named after U.S. President, Ronald Reagan who was his father's favorite actor, and whom he greatly admired.

6. Ronaldo was the first portoguese to play for Manchester united.

In 2003, Ronaldo signed for Manchester United. He was still only a teenager but the Red Devils forked out £12 million for Ronaldo, who became the first Portuguese player to join Manchester united.

7. Ronaldo is studied at a university in Canada

Acquiring university education is the epitome for most people. However, Ronaldo has surpassed that and is now being studied at a university in Canada. Fourth-year sociology students at the University of British Columbia Okanagan study the life and career of Cristiano Ronaldo.

﻿8. Ronaldo is also philanthropic at heart.

In November 2012, Ronaldo gave money to fund schools for children in Gaza which he got when he sold the golden boot he had won in 2011 for €1.5 million. The next month, he joined FIFA's '11 for Health' program that raised awareness among kids so they can be equipped to stay away from drug addiction HIV, obesity and malaria.

9. Ronaldo is a committed blood donor.

Ronaldo has noticeably shunned this trait and doesn’t have a single tattoo on his body. This might be to do with the fact that he is a committed blood donor. The Red Cross stipulates that you can’t give blood for at least four months after getting an inking, which would leave Ronaldo with large periods of time in between blood donation. He donated his bone marrow to help his teammate Carlos Martins’ son, a 3-year-old boy who had been diagnosed with a rare blood disorder.

10. Ronaldo does not smoke or drink alcohol.

Ronaldo also does not smoke or drink alcohol as his father died at the age of 52 from alcoholism and he also deems it will affect his playing.