Ayew To Undergo Medicals At New Club, Chelsea Finally Lands Attacker From The Bundesliga and more.

By adsamuel (self media writer) | 3 months ago

Giorgio Chiellini's agent Davide Lippi has spoken out about the defender's future, revealing his intentions about staying at Juventus.

According to reports in Italy, Napoli will meet Lorenzo Insigne’s agent at the beginning of August to discuss the captain’s contract extension.

According to Gianluca di Marzio, Atalanta goalkeeper Pierluigi Gollini will fly to London today afternoon to undergo his medical at Tottenham Hotspur, ahead of an initial loan move.

Diego Godin confirms he received offers from Turkey and Russia, as Cagliari warned ‘any players who get the right bid are on the market.’

Gianluigi Buffon played a match in the Parma jersey for the first time in 7,339 days, as the Serie B side lost a friendly to VfL Bochum 1848.

Inter have announced Socios will be their new main kit sponsor for the 2021-22 season after 26 years with Pirelli written across their chests.

Juventus negotiations with Sassuolo continue for Manuel Locatelli, as it’s reported they could agree a two-year loan with obligation to buy for €35m plus up to €10m in bonuses.

Paulo Dybala’s agent will fly to Turin by the end of the month to discuss the striker’s contract extension, according to La Gazzetta dello Sport.

AC Milan are still interested in Chelsea star Hakim Ziyech but a move is unlikely this summer.

Paulo Dybala’s pre-season with Juventus has not started on the right foot, as he already has a muscular injury

PSG remain in contact with Kalidou Koulibaly after a representative of the Napoli defender met with PSG in Paris this week, according to Foot Mercato.

Julian Nagelsmann speaks German with the players in all training exercises. During tactical meetings, Nagelsmann's assistant Dino Toppmöller - who is fluent in French - translates the instructions to the French players.

Ferland Mendy is fully happy at Real Madrid and has never complained about his contractual situation after reports in Spain suggested that the left-back is seeking to leave the club because of financial demands.

Real Madrid have already communicated to Leon Goretzka that they'd like to sign him for free next season if he doesn't renew his contract with Bayern Munich. Madrid will negotiate with him in January.

Diego Simeone on Antoine Griezmann's possible return to Atlético Madrid: "I want the best for him and I hope he will succeed at Barcelona."

David Alaba on Sergio Ramos and Raphaël Varane: "I would have loved to play with Ramos, it would have been a pleasure. I would like to play with Varane. He is an excellent defender with many qualities."

Kylian Mbappé plans to run down his contract and join Real Madrid as a free agent in 2022, according to Marca.

Chelsea will parade the Champions League trophy they won earlier this year when arch-rivals Tottenham visit Stamford Bridge for a pre-season friendly on August 4.

Chelsea are contemplating the idea of bringing Eden Hazard back to the club from Real Madrid this summer, according to reports.

German forward Timo Werner is open to leaving Chelsea this summer and would ideally prefer a return to the Bundesliga.

Manchester City are willing to offer up four players to help secure a swap transfer for Harry Kane. As revealed by SunSport in May, the Premier League champions would happily use Raheem Sterling and Gabriel Jesus as bargaining chips.

Manchester United 'have made Leon Goretzka a concrete £200,000-a-week offer' to join them next summer.

Manchester City having a €25m plus a player bid for Nuno Mendes rejected by Sporting CP.

Arsenal have reportedly made Sheffield United goalkeeper Aaron Ramsdale their top target ahead of Sam Johnstone, as the Gunners line up a £30m move for the English stopper.

Manchester United star Donny van de Beek will reject offers from other clubs this summer as he's determined to stay at the Red Devils.

Bayer Leverkusen winger Leon Bailey is interested in a move to Aston Villa. The Midlands club are preparing a £30m swoop for the Jamaica International.

Nuno Espirito Santo would have been left a very satisfied coach after his Tottenham team beat Colchester 3-0 in a promising pre-season performance.

David Moyes insists he is trying to get West Ham back to the performance levels they showed last season as soon as possible after watching them thump Reading 3-0 in a friendly.

Chelsea have reportedly held talks with Robert Lewandowski's agent over a possible summer move as Thomas Tuchel steps up his search for a new striker this summer. Chelsea hopes to finally land an attacker from the Bundesliga.

Leicester, Southampton and Burnley all interested in Arsenal's Ainsley Maitland-Niles.

Fabrizio Romano has said that Liverpool will go for a new midfielder but it may take 'some days' as they look to add to their squad before the end of the current window.

Arsenal are 'ready to part ways with Alexandre Lacazette' as Lyon emerge as favourites to sign forward.

Manchester United have moved ahead of Arsenal in the race to sign Wolves star Ruben Neves.

​AC Milan are set to make a new offer to sign Diogo Dalot on loan from Manchester United. United will demand at least €4m/5m for a loan fee.

Louis Van Gaal is the new manager of Netherlands. The former Man Utd boss has come out of retirement and signed a 18-month contract.

Diego Simeone has admitted that Saul Niguez could leave Atletico Madrid this summer amid links with Barcelona and Manchester United. 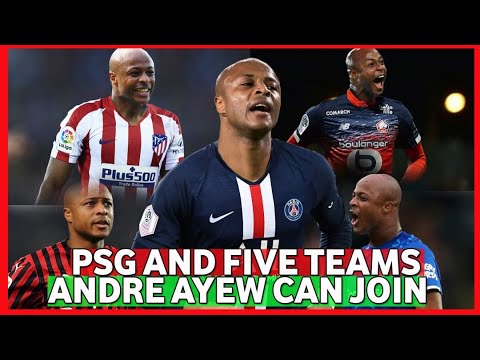 I Am Human And Can Make Mistakes -Prez. Addo Offers Apology On Cape Coast Matter

“I Made A Mistake”– Akufo Addo Confesses.

Remember The White Woman Who Saved A Starving Child? See His Current State

President Akufo-Addo Apologises to the people of Cape Coast.