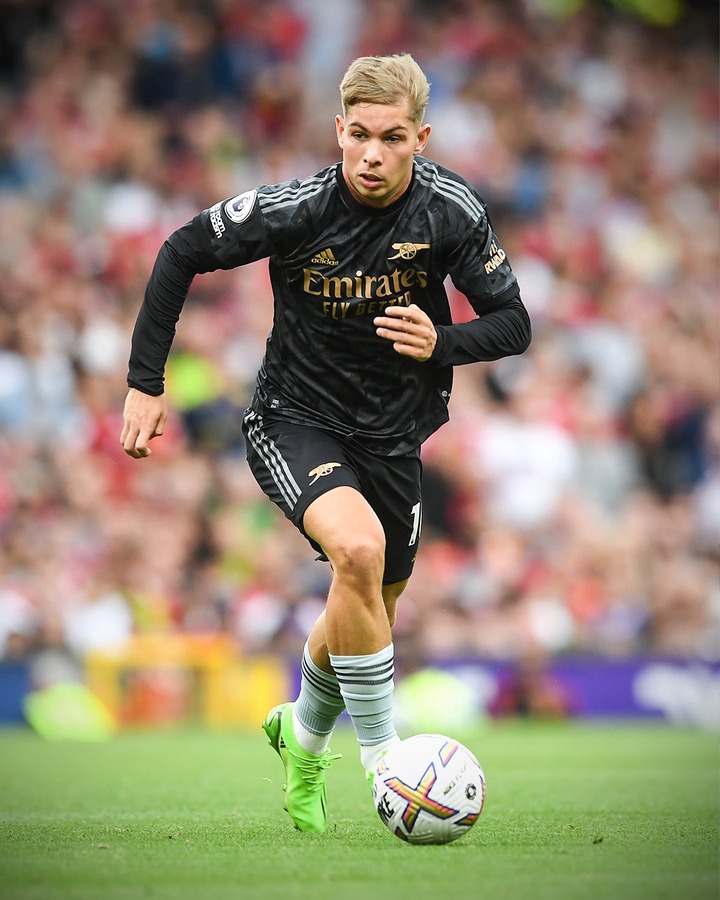 Arsenal have confirmed that their player, Emile Smith Rowe is injured and has undergone a successful operation on his groin.

The young player is expected to be out for almost 2 months and will surely miss the world cup.

Smith Rowe was one of the influential players at Arsenal last season but he suffered an injury getting to the end of the season. He made an appearance this season in Arsenal’s match against Manchester United but he suffered a groin injury in a post match warm-up exercise.

Arsenal will face Tottenham this weekend in the English Premier league and are already having injury concerns with Cedric and Thomas Partey. Partey’s injury has been thought not to be serious and the player could feature in the game.

The Gunners have had an electrifying start to their season, winning six out of the seven games they have played in the English Premier league this season. Arsenal will hope to extend their hot streak when the league returns this week.