How Ben White Has Evolved At Arsenal

By Brownzy_Writer (self media writer) | 24 days ago 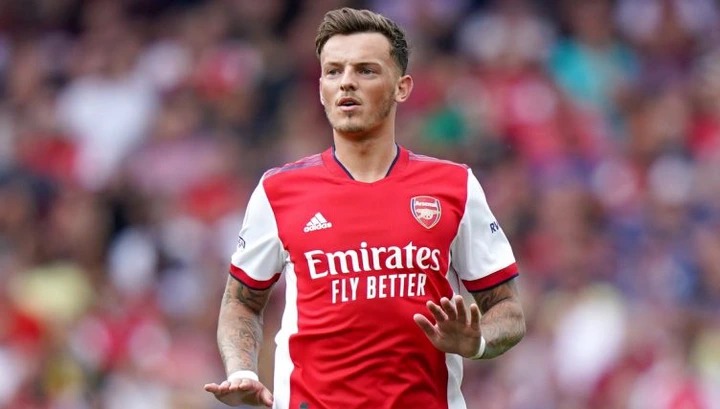 Many people thought England defender Ben White wasn't worth £50 million when Arsenal paid Brighton and Hove Albion for his services.

Arsenal has given Ben White the number four shirt.

And it appeared that the critics were correct, as Ben White was a member of a poor Arsenal team that had a poor start to the 2021/2022 season. The Gunners dropped to the bottom of the Premier League table after losing all three of their opening league games, scoring no goals and allowing nine.

After the season's first international window in September, however, everything changed. Arsenal's fortunes began to improve after club football was resumed. The Gunners have now gone ten games without losing, putting them in fifth place in the Premier League table, and they appear to be on track to qualify for European competition after failing to do so last season.

Quite unique": Ben White claims to have already noticed a significant shift at Arsenal.

Ben White, on a personal note, has overcome his early-season jitters to establish himself as a solid center-back for the club and the league. In order to achieve the desired result, he and Brazilian teammate Gabriel have been known to play dirty when necessary. In the five games he has played for Arsenal since September, Ben White has kept five clean sheets.

Ben White's signing was a huge mistake, as Arsenal needed to sign a pundit names duo.

Graham Potter, the manager of Brighton and Hove Albion, has done an excellent job, as evidenced by Ben White's performance. The modest team has had excellent center-backs in the past few years, including Ben White, Lewis Dunk, and Shane Duffy, who have reflected the way they play, how they grind out results, and the league position they now hold.

Mikel Arteta is impressed by Ben White at Arsenal | The Argus

Ben White's potential is unquestionably limitless if he maintains his current form. He may not be as good as Virgil van Dijk or Ruben Dias, but he will do his job to the best of his ability.