By DrAtoKwanenaArhin (self media writer) | 4 months ago

He is the third Manchester City player to win the award in four years, after Leroy Sane and Raheem Sterling claimed the prize in 2018 and 2019 respectively. The Young talented English international was one of them core players in Pep Guardiola’s team this year. He helped the cityzens to win the English Premier League and they also reach the UCL final. His great contribution for his club has landed him a national team call up for the 2020 Euros. Foden is among the players Gareth Southgate Will count on them to succeed in the tournament. 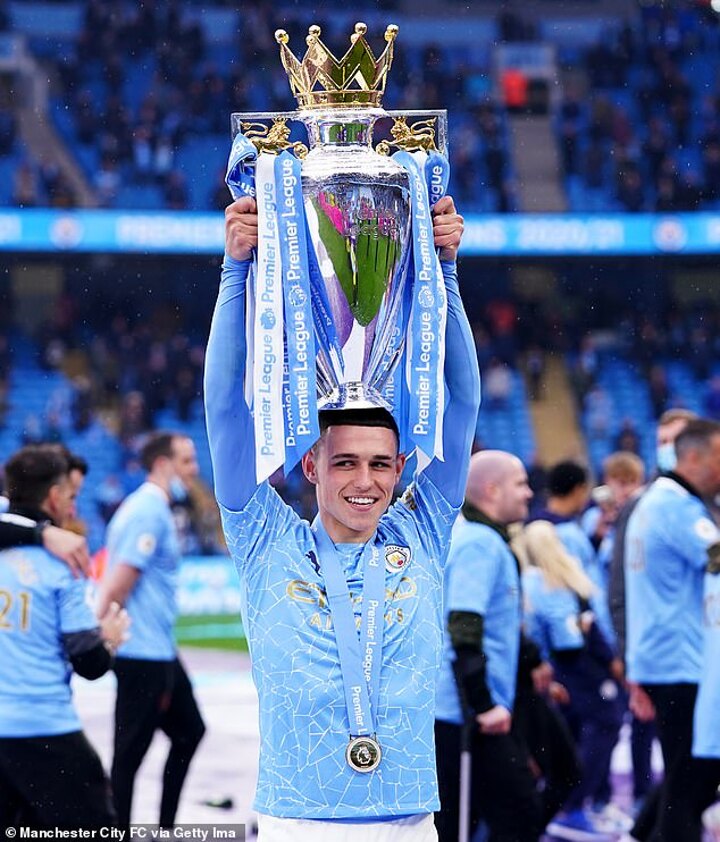 Foden's breakthrough into professional football came in 2017 when he won the FIFA- U17 Golden Ball award following England's successful U17 World Cup campaign. He made his debut for City during the same year and in December was named BBC Young Sports Personality of the Year.

Foden has represented England at many youth levels, scoring 19 goals in 51 youth caps. He was first called up to the senior team on 25 August 2020 and made his debut against Iceland on 5 September 2020, in a 1–0 victory in the UEFA Nation’s League. Content created and supplied by: DrAtoKwanenaArhin (via Opera News )