Sergio Agüero married the daughter of the late-great Diego Maradona, and their son, born in 2009 and called Benjamín, also has a very special godfather: Leo Messi. 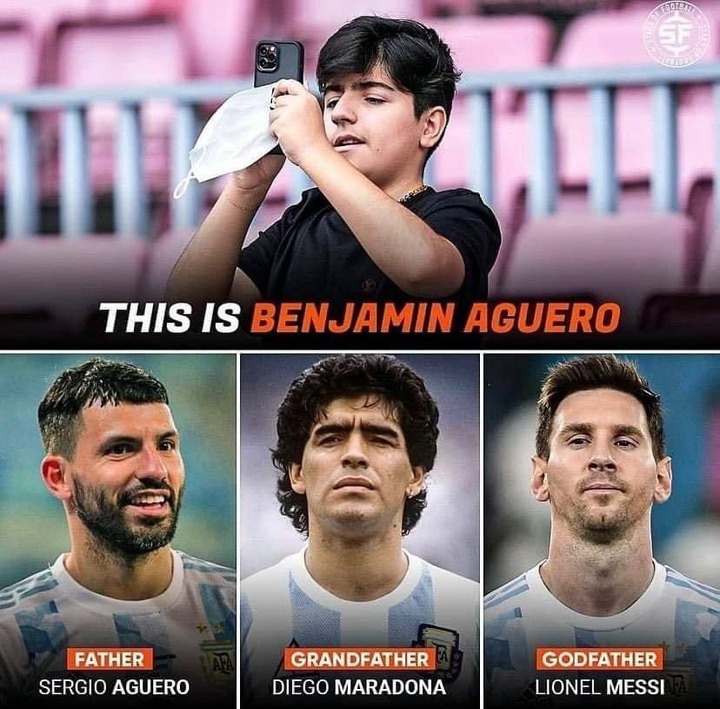 Benjamin Agüero is Sergio Agüero's only child and the grandson of Argentina's famed footballer Diego Maradona.

Little Agüero may not be old enough to comprehend the significance of having some of football's biggest names behind him, but he has already demonstrates the ability to compete with them in the future.

He is also regarded as Argentina's next big football star and future. He began to show hints of being a good striker at the age of five.

According to Goal, Messi thinks the favor will be returned when the time comes for the father and son to contribute to the national squad.

Sergio is also a prominent striker in Argentina, and his godfather, Lionel Messi, is one of the best footballers of his generation. He also has Maradona as a maternal grandfather, who was a great football player and a motivating coach during his time.

With the kind of support he'd receive in football, anyone would be envious of Benjamin. There is no doubt that he will be a superb football player in the future.

Football fans especially in Argentina can’t wait for Benjamin to start playing, most people perceive him as natural gifted and this so called talent which he did not ask to bestow on him comes with huge responsibilities.

He has not even played any professional match and many see him as the next big thing in football.

He is the kid with enormous pressure on him for not even deciding on his future whether to be a professional footballer or not.

Comment below if you think he is the next big thing having Maradona, Messi and Aguero behind him.