Reasons Michael Essien departed the Ghanaian camp for the 2002 AFCON 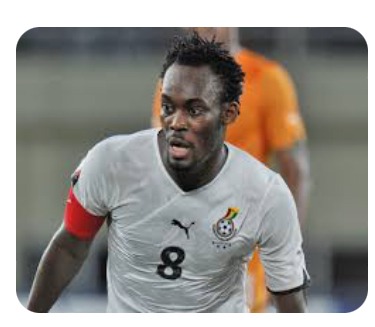 Samuel Kuffour, a former Ghanaian international, has revealed why Michael Essien departed the Ghanaian camp during the 2002 Africa Cup of Nations competition in Mali.

Essien was a member of the Black Stars team that was put up for the competition, but he departed the camp to join his club in France following the opening match against Morocco.

Kuffour said that the current Black Stars are fortunate to receive good treatment from the GFA because some Black Stars players during his time were forced to eat by the side of the road at the AFCON in Mali. He was speaking in an interview with Dan Kwaku Yeboah.

Michael Essien left the team's camp, but no one has inquired as to why. Now that a lot of things are being supplied, we must give the FA credit. Even our t-shirts were lacking. I once delivered cash to our camp from the South African camp. Like students, we were making our way to the dining hall. They were seeking for someone to blame even though I didn't complain. Ben Koufie expressed regret to me before he passed away," Kuffour said.

The former Bayern Munich defender also admitted that he was kicked out of camp because it was falsely claimed that he went to a nightclub when he was actually going to chat with his wife who had just given birth.

"I stepped outside after the game between Morocco and Germany to phone my wife, who had just given birth in Germany. When I got back, Fianoo told me that the management was seeking for me and that I should go see them. Although there was nothing where we were, the report said that I had visited the nightclub. When I walked in, my passport, a ticket, and an envelope were all on a table. I inquired if they wanted me to come back. Osam Duodu and Fianoo were the only people present. I told the guys what had transpired when I phoned them," he said.

airport because the news had already reached Germany. That very day, I travelled back to Germany. I agreed to participate when my coach asked if I could. I scored the game-winning goal in our 3-2 FA Cup victory.

Content created and supplied by: Nana2029 (via Opera News )