Halland's Contibution To Thomas Tuchel's Squad, Especially with The Move Of Ngolo Kante.

It's been a frustrating transfer window for Thomas Tuchel so far as he aims to push his Blues squad ahead of the 2021/22 season. 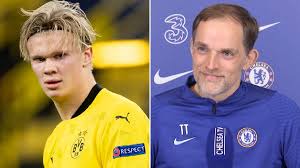 Well, we've so far only seen outgoing from Stamford Bridge, Fikayo Tomori making a move to AC Milan. That deal should be made official for some time now with the European transfer window now open.

Meanwhile, Chelsea continue to be linked with a whole host of potential signings. Borussia Dortmund striker Erling Haaland is the name on every fan's lips but the Blues' hopes of signing him might have taken a huge blow when Manchester United reportedly agreed a deal for the Norwegian's club team-mate Jadon Sancho. 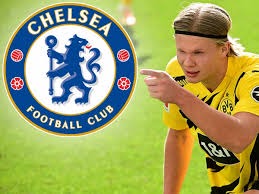 Elsewhere, Chelsea also took what looked to be a final deal in the race for Achraf Hakimi with Inter Milan chief Giuseppe Marotta.

The Dortmund striker has scored 13 goals, 2 assists after 15 matches he played in the season 2019/2020. This made him the number 7 scorer in the Bundesliga at that time. And in 2020-2021 season, he scored 27 goals out of 28 matches. What an outstanding performance last two seasons these deal is actually a great one for the blues. 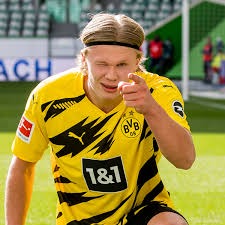 CONTRIBUTION TO THE BLUE'S SQUAD. 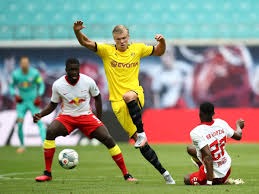 The center forward is likely to have a great link and rapport with chelsea' midfielders especially Ngolo Kante. The French(Kanté) is good at tackling for ball as well as creating unbelievable chances. Him in conjunction with Halland will be able to dismantle any defence during counter attacks. 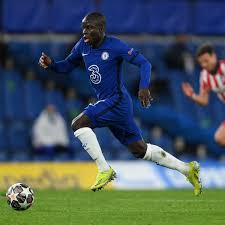 The arrival of the Dortmund center forward will be the beginning of a new dawn for Stamford bridge, where scoring goals and winning trophies will be the song on the lips of every fan of Chelsea.

Content created and supplied by: Mrr.Zho_zhi (via Opera News )