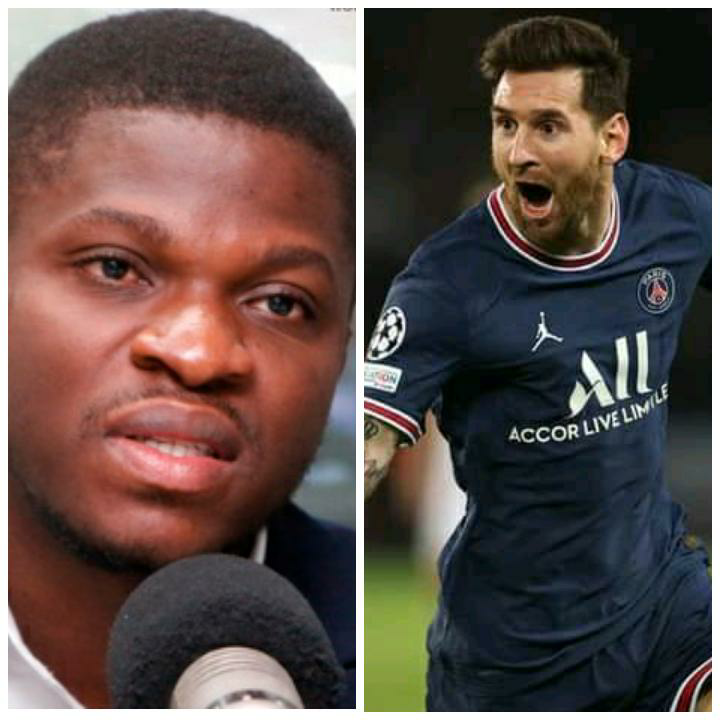 Today, the UEFA Champions League resumed with the second games of the Group Stages. In today's clashes, Athletico Madrid played against Italian side AC Milan and Paris Saint German also took on the champions of English football Manchester City. Undoubtedly, the match between PSG and Manchester City was a tough one and both teams came prepared to grab the 3 points.

It was all fun for the supporters of Paris Saint German (PSG) and especially, fans of Lionel Messi. At the end of the game, the France champions defeated Man City by 2 goals. The win has come to boost the confidence level of the team who had previously suffered in attempt to grab points in their local league.

It was a night of ecstasy as football wrote its own story again. Lionel Messi finally announced his presence in the league to the world after he scored a solo goal, which ultimately won him the Man of the match award. It took the 'monster' Pep Guardiola who developed him for Messi to net his first goal for the club. Indeed, he has once again proved his prowess to the whole wolrd.

In an interesting yet surprising development, the exuberant National Communications Director of the opposition National Democratic Congress (NDC) has reacted to Messi's performance against the English side. Sammy Gyamfi who is obviously a fan of Messi has shared a photo of the football icon on his official Facebook page to celebrate him.

Sammy Gyamfi while showering praises on Lionel Messi has trolled Christiano Ronaldo and described him as a "Tap-in Merchant." Read his original statement below as "And Messi scored, proving all his haters wrong. How far with the Chief Tap-in Merchant CR7?" 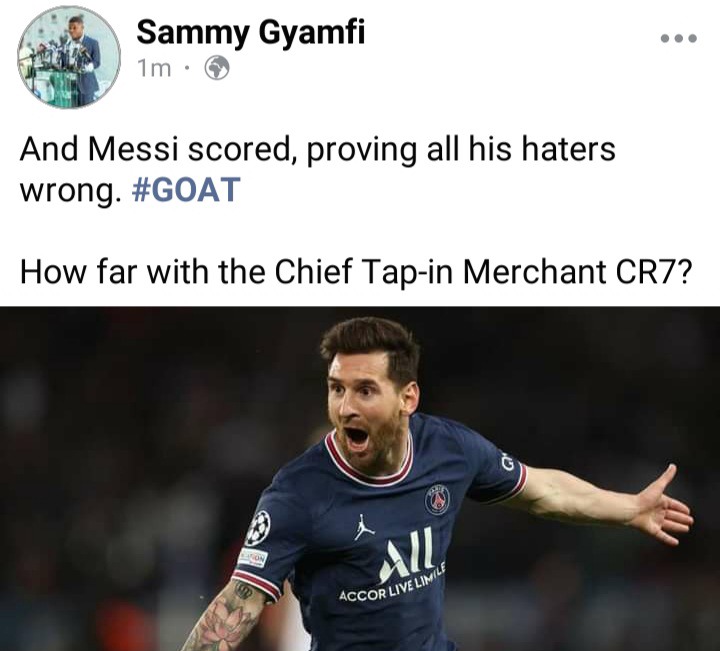 Sammy Gyamfi's comment has sparked reactions on social media as numerous social media commentators joined in eulogising Messi. However, many people who seemingly are supporters of Ronaldo did not fail to defend their best player. Read some reactions from other Ghanaians below; 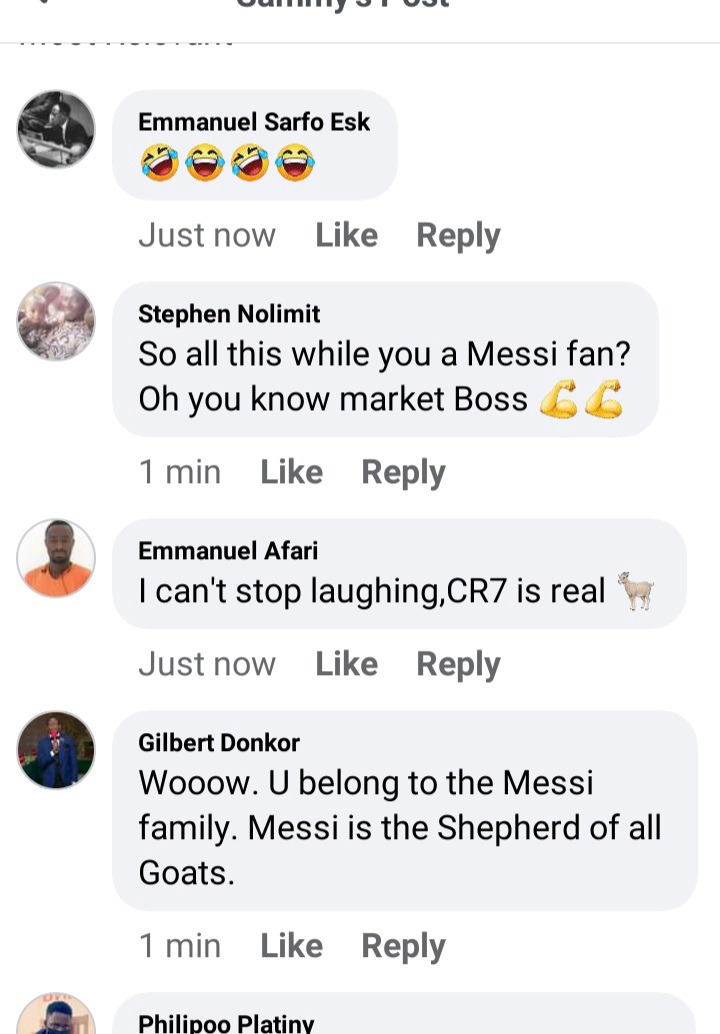 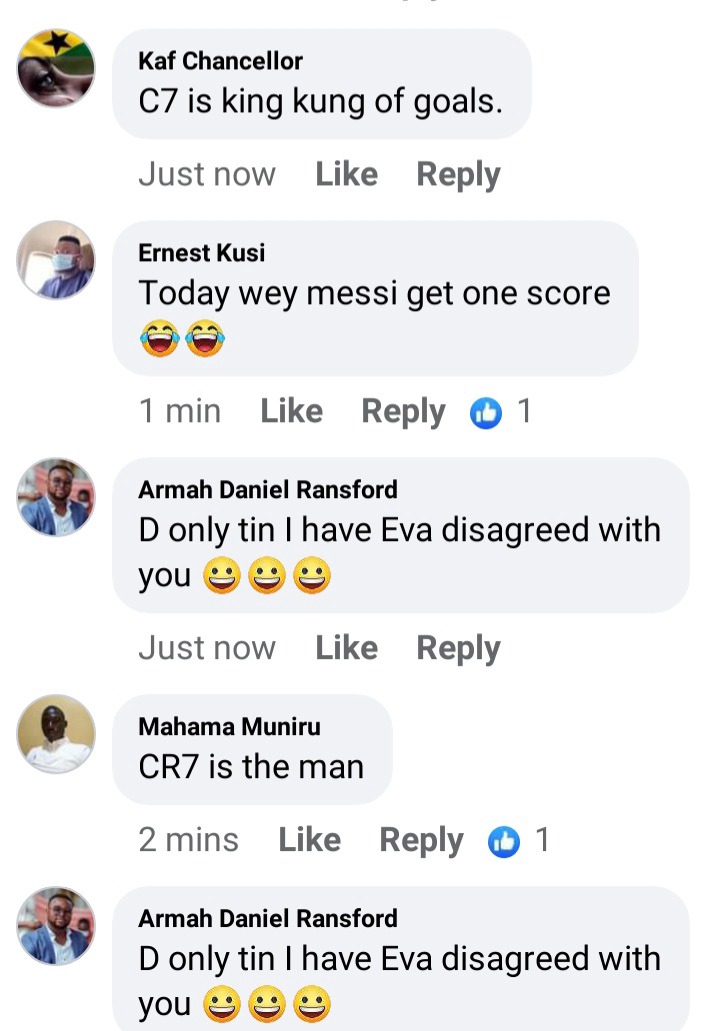 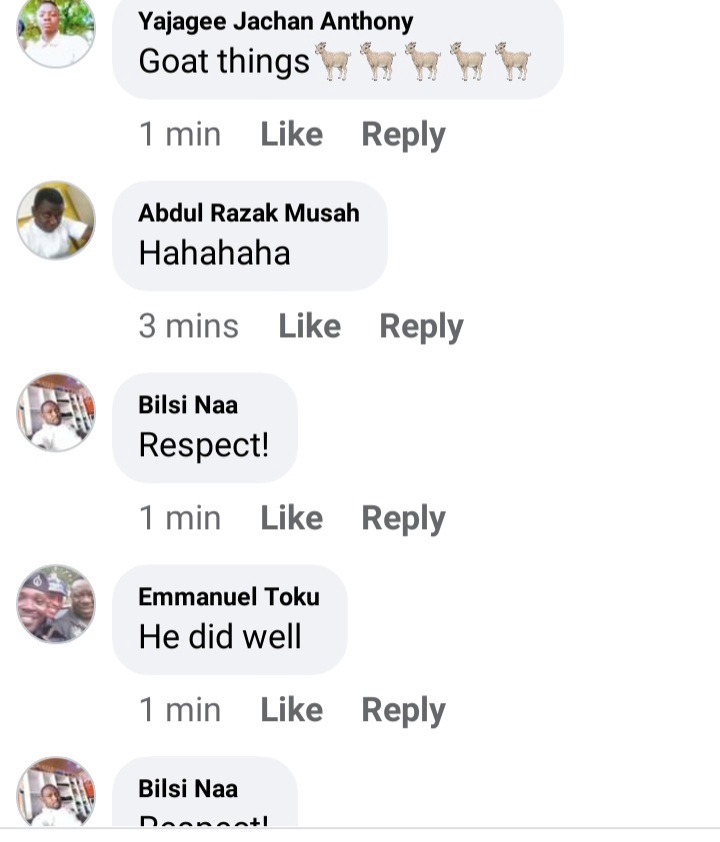