By Allliveentnews (self meida writer) | 12 days

Social media can be said to be the most exciting and informing media in the world at the moment. Netizens on these social media platforms are mostly the ones that makes it interesting and entertaining. 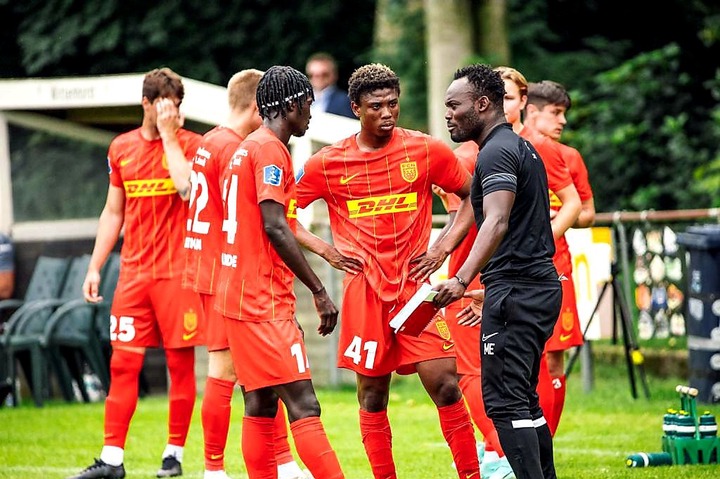 Former Ghanaian midfielder, who also played as a defensive midfielder for Chelsea, Michael Essien, has been praised by these netizens on Twitter for his post that other people on Twitter retweeted.

Michael Essien is currently part of the coaching staff of the Danish Club FC Nordsjaelland in the Danish Superliga.

Essien took to his his Twitter platform to let his fans to know the hard work he is putting in to succeed as a coach by posting a picture of himself and some of the squad. 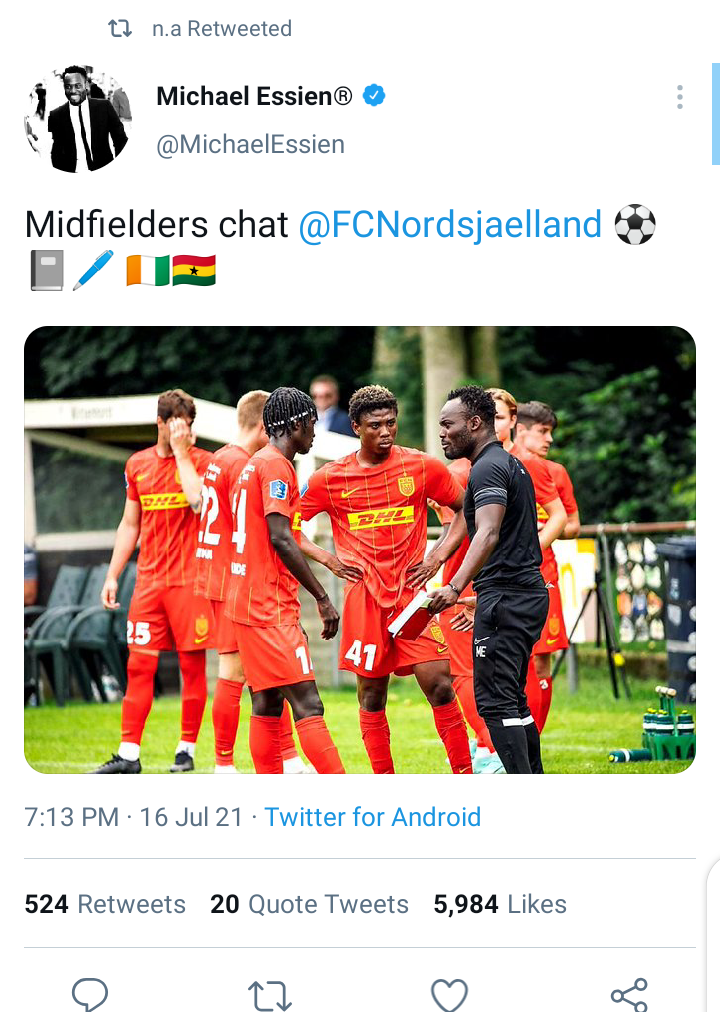 But this did not go well with one of the netizens when Nana Aba Anamoah and other fans retweeted Michael Essien's post.

The Michael Essien's die hard fan hurriedly replied Michael and the other fans by writing that, "I taught people were insulting you over the gay matter, the same people are chasing you online. Senior man Michael don't mind anyone." 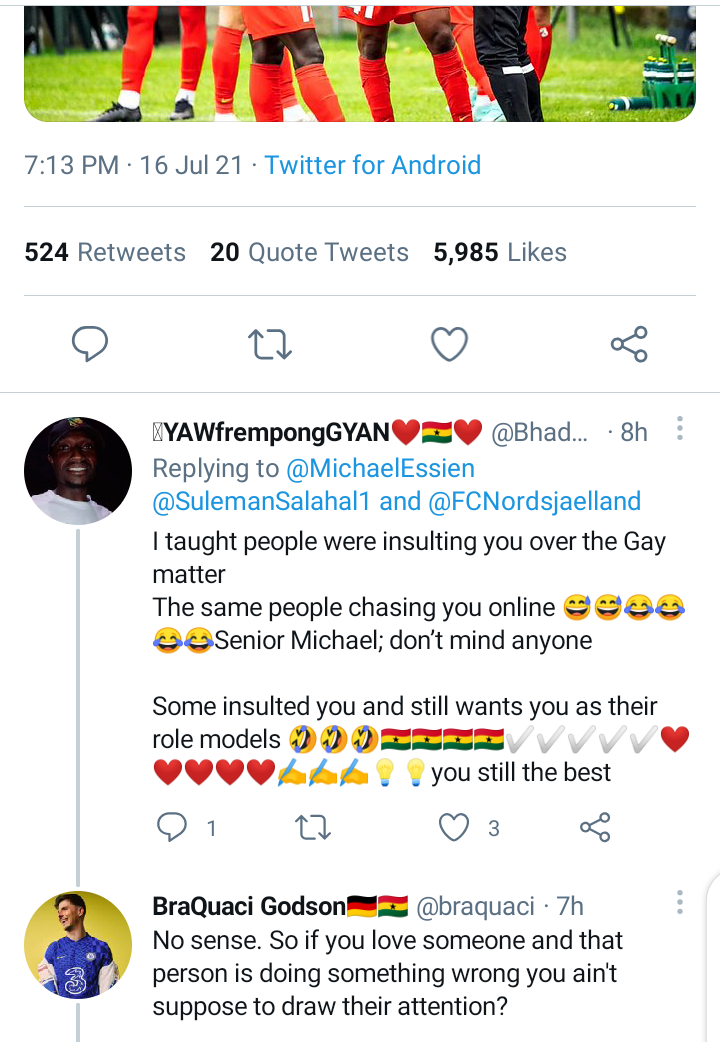 The point raised by the fan of Michael Essien was in connection with Michael Essien's comment he made when Ghanaians were debating on the same sex issue.

The point he was try to make is that these same people who are on your platform are the very ones who insulted you during that period of time.