By Agyenkwalatestnews (self media writer) | 3 months ago

The Ballon d'or winner of the 2021 to 2022 season, has revealed what motivated him to win the title. 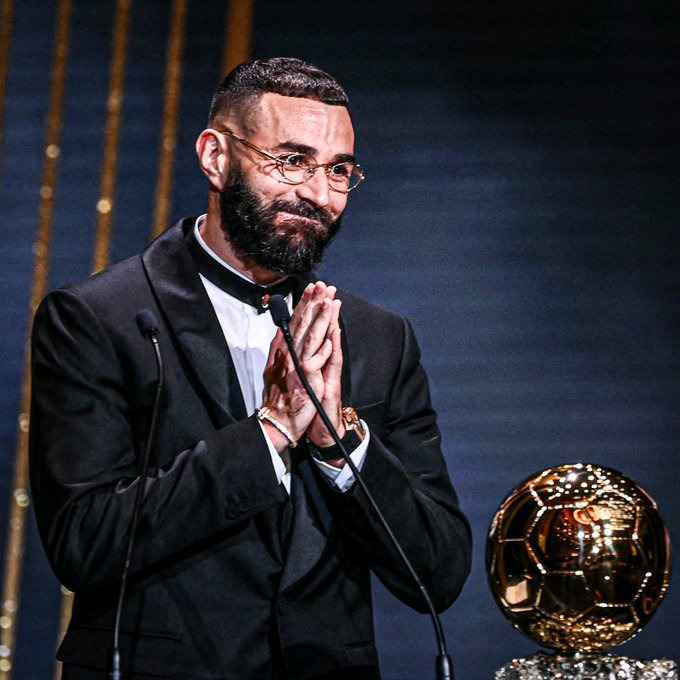 Karim Benzema is a French professional footballer who plays as a striker for the Spanish La Liga football club Real Madrid. He became the leading goal scorer in all European competition in the 2021 to 2022 football season. His outstanding and unique performances through out the leagues that he engaged himself in at Europe were nothing less as compared to a winner of the Best FIFA mens award.

He impressed every single lover of the European football with his style of play and goal scoring skills and abilities.

Not too many hours ago, he was crowned as the Best FIFA Mens winner of the 2022 season, which many people saw it coming before it finally happened yesterday.

After the Ballon d'or award was given to him and the platform was in his control and care, he delivered a speech about how he was inspired and motivated by some outstanding former world class footballers, who are now legends and heroes when it's comes to football.

He said that, it has always been his dream since childhood to achieve a Ballon d'or award. It has always been one of his greatest achievements that is in his mind. This wouldn't have been possible, if i neglected the motivation of my two wonderful and incredible idols. Ronaldo and Zidane motivated me to win this award.

"It was a dream i had as a child and i always had this award in my mind. I was motivated to win it because of two of my idols, Ronaldo and Zidane". The Ballon d'or award winner of the 2021 to 2022 season, Karim Benzema revealed this under the Ballon d'or gala night in France. 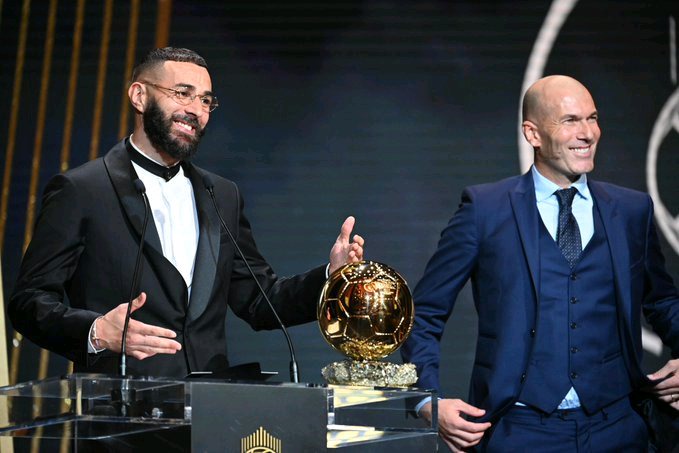 What is your take on the fact that, Karim Benzema claims that Zidane and Ronaldo motivated him to win the award?