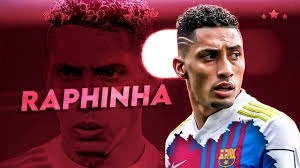 FC Barcelona and Leeds United have started talks about the transfer of Brazilian winger Raphinha, invading Chelsea's chase of the striker. The Catalans have decided to match Chelsea's 60 million euro offer and pay in three installments.

The player's own desire to play for Barcelona played a significant role in the agreement's success. It also didn't hurt that Deco, a former Barcelona player, is now his agent.

In fact, it's implied that his one and only goal in life is to represent Barcelona, making him a total culé.

Raphinha rejected Newcastle's offer and would not even consider accepting a trade to Chelsea.

if the cost exceeded Barcelona's. He will make a net income of six million euros, the story claims.

Though nothing is official and things could still go wrong, it is said that the process is very far along and that he is already shopping for a property in Catalonia.

As they give up on trying to sign Raphinha, Arsenal is reportedly keeping an eye on Serge Gnabry.

Mikel Arteta was eager to sign the Brazilian because he needed a winger to complete his starting lineup.

It looks he will join Chelsea if he stays in the Premier League.

They need to find a replacement now that the Leeds United player has left, and Gnabry might be persuaded to return to the Emirates.

He signed with Arsenal to start his professional career before returning to Germany, where he has thrived.

His current deal with Bayern Munich expires next summer, and the Germans have had difficulty persuading him to sign a new one.

According to the paper, Arsenal is closely monitoring the situation and will move swiftly to sign him if he becomes available.