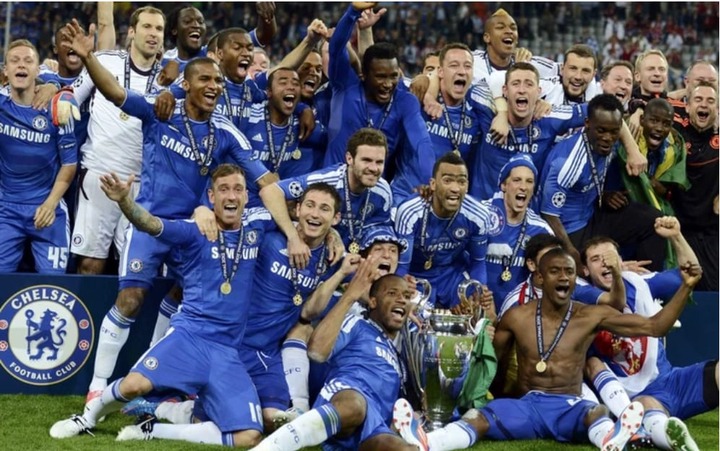 Only once European champion in their history, Chelsea Football club are in the running to win their second historic title as they have qualified for the quarter-finals of the current edition. However, if nothing is certain for the residents of Stanford Bridge concerning this victory, their London supporters believe the opposite because for them, the history of 2012 will repeat itself. But why are they saying this? This is the famous question to which we will answer.

For the past few weeks, Chelsea Football Club supporters have kept saying that their clubs will be the winners of this season's big-eared cup. However, what motivates them?

In 2012, when Chelsea became European Champions ahead of Bayern Munich, the blues sacked their coach André Villas-Boas in the middle of the season to replace him with a young coach. And this year, Chelsea sacked their coach Franck Lampard in the middle of the season to bring in another young coach in the person of Thomas Tuchel. Chelsea supporters believe that history of 2012 will repeat itself for their team for the following reasons.

In 2012, when they became European champions, Zlatan Ibrahimovic was playing for AC Milan, Messi missed a penalty in the finals and converted 4 out of 5 penalties in the competition and many other things and this year it is also the case. Nothing is certain yet. These are just small coincidences, but Chelsea fans are confident thinking about it.

During Chelsea Football club's epic in 2012, in the second round, Chelsea Football club faced a Portuguese club in the quarter-final (Benfica), a Spanish club in the semi (Barça) and a German in the final (Bayern). And this year, during the draw held this Friday, the Londoners drew FC Porto, a Portuguese club and in the event of a qualification, they could face a Spanish club (Real Madrid) to prepare for a final against a German club ( Bayern Munich or Dortmund).

Do you think this is a genuine reason for them? don't forget to share your opinions with us