The 2021/2022 league season of the Ghana Premier league gets much more interesting and competitive as it has few matches to complete the season.

The run-away league leaders of the competition have kept their position at the round of the week when the game at Nana Agyemang Badu Sports Stadium will have no direct effect on their stay at the top of the league.

The editors of atspo.com have summarized the end of Match Week 27 of the Ghana Premier League to make the agenda of the Ghana Football Association bring back the love to be executed very well. 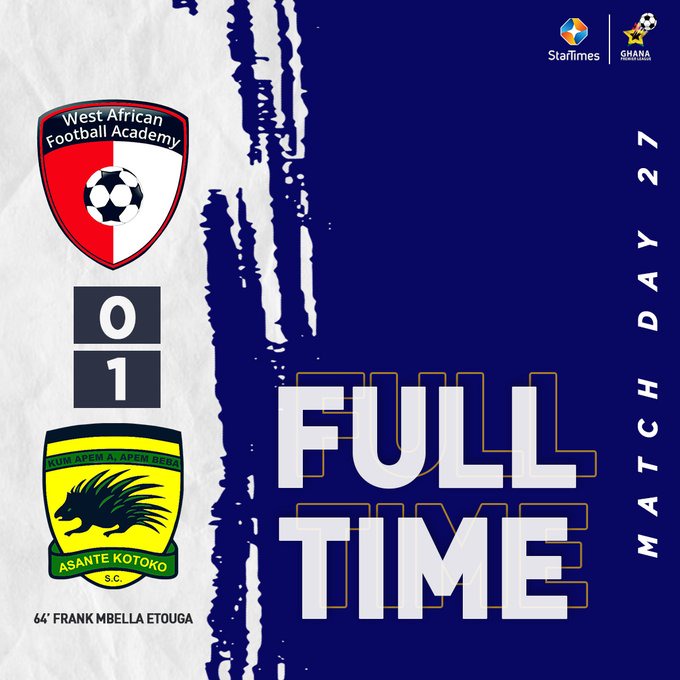 The red-hot marksman of Asante Kotoko, Franck Mbella drizzled a defender of WAFA together with the goalkeeper and he placed the ball into a yawning net for his club to break a record in the Premier League as their first-ever win at the venue.

The blue and shirt outfit, Accra Great Olympics was able to hold onto a drawn game at Techiman, Eleven Wonders is the first team in the relegation zone since they ended up not defeating Olympics.

The wounded Real Tamale United trying to disassociate from relegation won by two-goal against Accra Lions at Tamale Sports Stadium, a defender of the team, Rashid Alhassan scored in the first and second half of the game as occupy the 14th position on the table and Accra Lions at 12th position one point ahead of RTU. 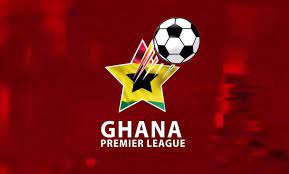 Midfielder of Maxwell Konadu’s Legon Cities, Michael Otou converted a spot-kick in the 16th minute and experienced and in-form striker, Hans Kwofie scored in the 50th minute inside the second half as they ended against already relegated Elmina Sharks at the El Wak Sports Stadium.

Alhaji Krusah’s King Faisal keeps declining into the relegation arena on the table since they drew 2-2 with league contenders from Bechem, The Hunters. Nineteen-year-old Samuel Kusi who got the goal against Dreams FC scored for Augustine Okrah to cancel the lead five minutes to the end of the first half, Owusu Boakye gave the visitors the lead five minutes into the second half and Enoch Morrison redeemed his side at a draw at Baba Yara Sports Stadium after the drawn game King Faisal is fifteenth on the table with 31 points.

Karela United as a team very solid at home with no defeat in 13 league games played in the season conquered Bibiani Gold Stars at Crosby Awuah Memorial Park at Aiyinase, first-half goal from Umar Bashiru and Samuel Attah Kumi in the second half was enough to stay undefeated at CAM Park. 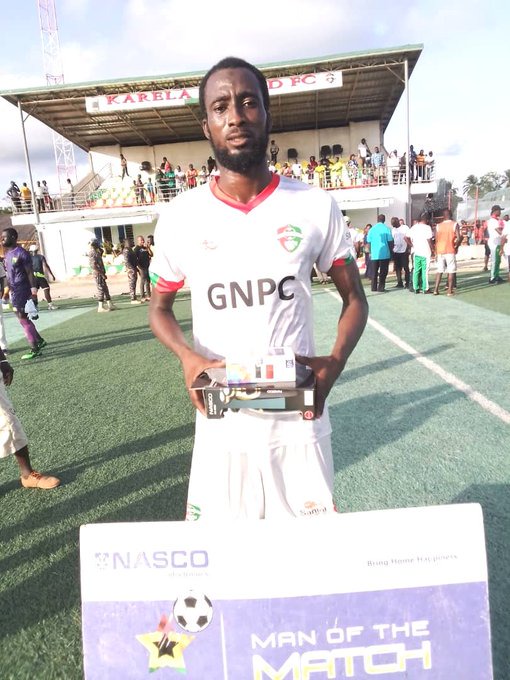 Two quick goals inside the first 15 minutes at Accra Sports Stadium by hungry Afriyie Barnieh and Seidu Suraj a young midfielder got his first Premier League goal for Hearts of Oak to stay comfortable in the game, a penalty scored by Benjamin Boateng at the stroke of the first half helped Dreams FC reduce their deficit. Phobia high pressing worked in the early minute of the second half four minutes played when defender Abdul Jalilu scored an own goal. The defending champions are third on the table with 43 points twelve points to catch up with the leaders. 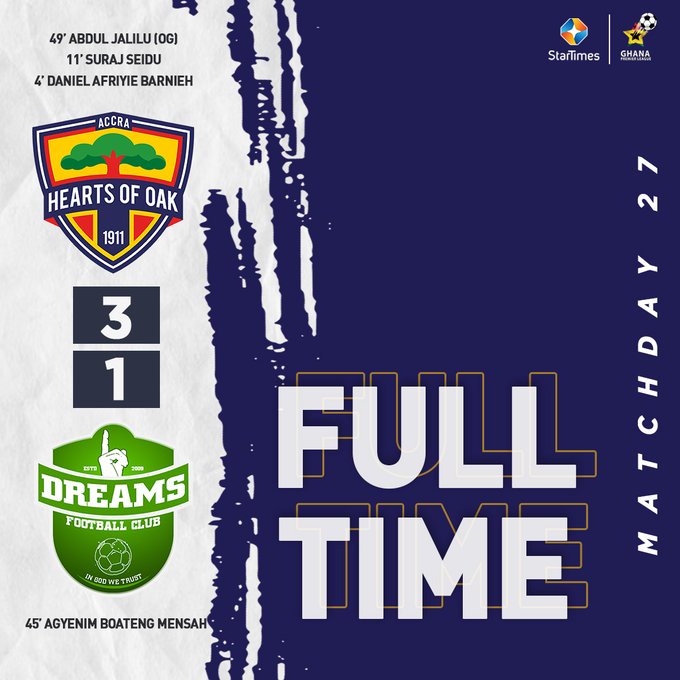 The contender of top goalscorers, Yaw Annor made history in Ghana Premier League this season being the first player to record a haul in a game, he scored four goals to chase Mbella at 18 goals to be crowned the goal king. Yaw Annor has 16 goals so far after his four-goal scored when Eric Essol added one when hosted Berekum Chelsea at Len Clay Sports Stadium. 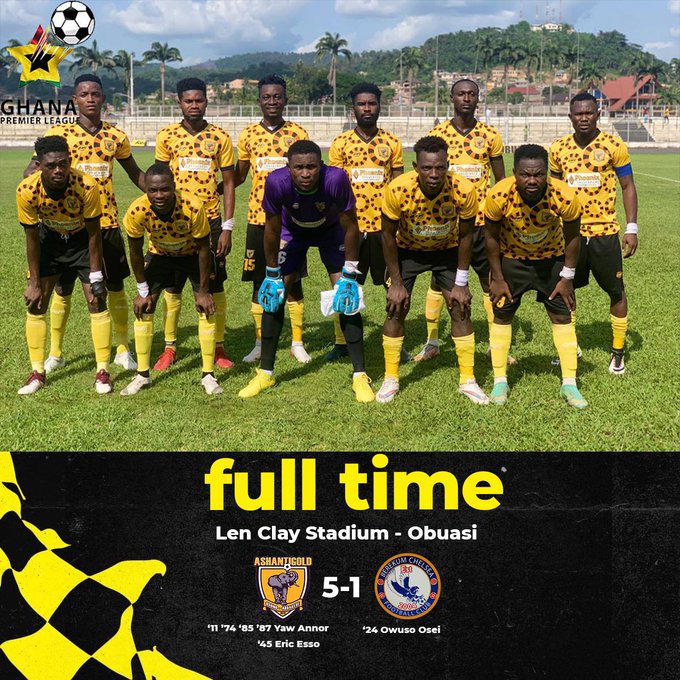