Any Day I See Okocha, I Will Tell Him He Is A Disgrace To His Generation, Pastor Slams Okocha

By BuzzingSpank (self media writer) | 9 months ago

Former Nigerian footballer has come under strong criticism by a pastor for allowing his image to be used in promoting a betting company. 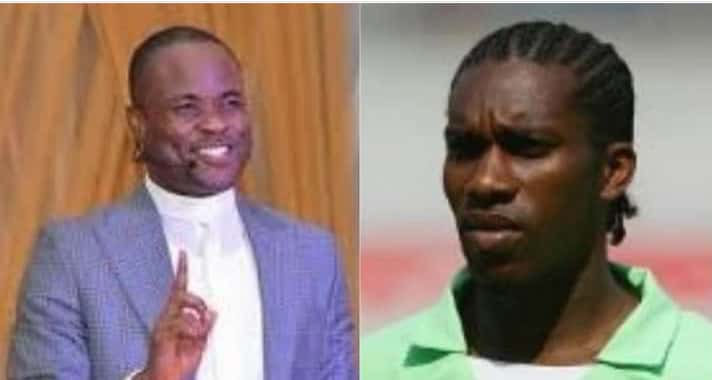 The clergyman Rev. Patrick Grace Henry of the Grace Family Outreach slammed Jay Jay Okocha, who had a sterling career with the Super Eagles and a host of European clubs.

According to legit.ng who said in a video that was circulated online by Planet FM Uyo, the minister made the statement while ministering to his congregation.

He noted that Okocha indeed use to bring joy to many of his fans across the world with his many skills that characterized his style of play. Okocha was one of the best players in the world he added.

However he was not happy for the former PSG player allowing his image to be use in promoting a betting company tagging him a "disgrace" to his generation.

He was quoted as saying that any day he sees Okocha, he will tell him that he is a disgrace to his generation as he was the first player who played football for people to enjoy.

Continuing, he said Okocha did not bet his way into football and as such its a shame for him becoming the face of betting.

Before retiring, Okocha has 73 caps for the Super Eagles scoring 14 goals in all competition for the team. 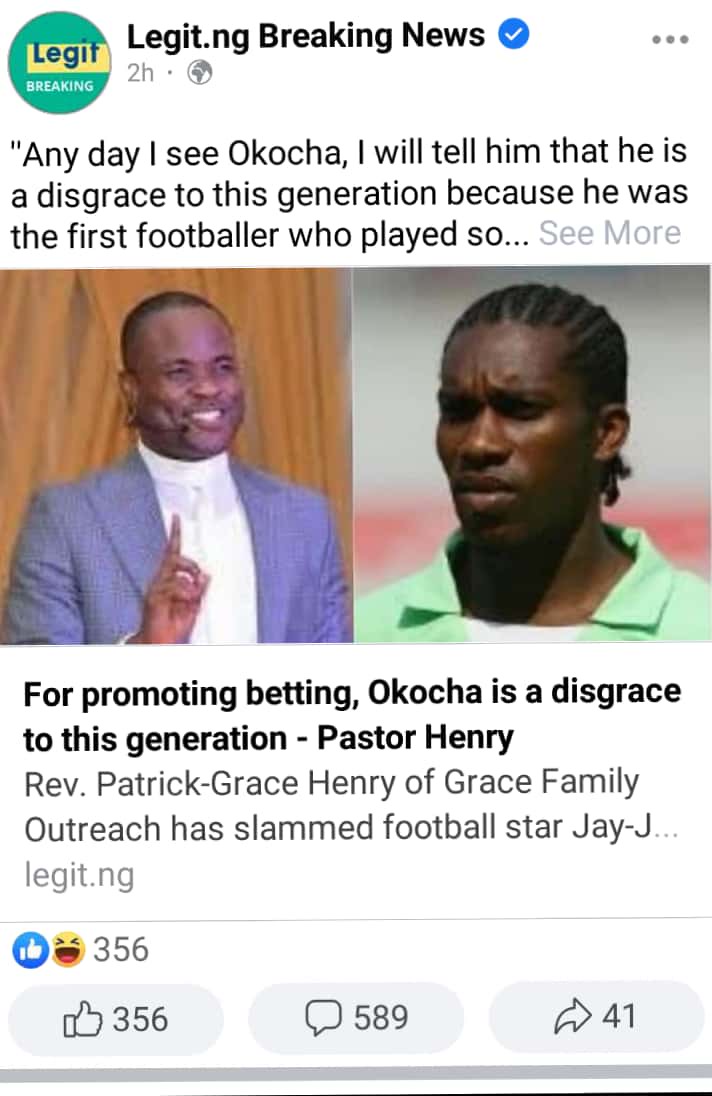