By PrincessVibes (self meida writer) | 16 days

Football is a game that brings people together from all walks of life. It is a game that many people around the world enjoy, particularly in Ghana, where football is the most popular sport. And throughout the years Ghana has produced many great players including Ibrahim Abdul Razak, Samuel Kuffour, Anthony Yeboh, Abedi Pele, Opoku Nti, Robert Mensah, and many others. But Baba Yara, on the other hand, is one player whose name will live on forever. 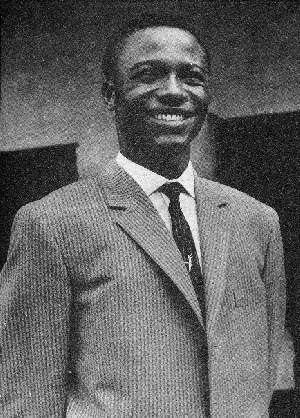 Baba Yara was born in Kintampo on October 12, 1936, and went on to become a Ghanaian football legend. He was signed by Kumasi Asante Kotoko and played for them until 1963. He later joined the Ghana national team which is the Black Stars and played for the team from 1955 to 1963. The 1963 African Cup of Nations football tournament was won by Baba Yara and the Ghana national team. Baba Yara was named the country's footballer of the year twice, won several cups for the national team, and scored numerous goals, earning him the nickname “King of Wingers.”

On March 24, 1963, at the age of 26, he was struck by tragedy. He was involved in an accident on his way back to Accra from the Volta region, where his team, Real Republicans, had won a match against Volta Heroes of Kpandu. He was paralysed by a spinal injury and never played football again. He was sent to England for medical treatment, but he never recovered. He lived a quiet life afterwards and on May 5, 1969, he sadly passed away at Korle-Bu Teaching Hospital at the age of 32 years. 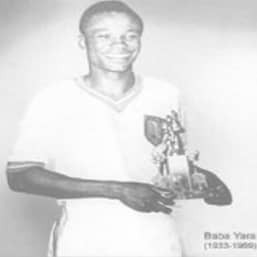 However, in 2005, the Kumasi sport stadium was renamed Baba Yara sport stadium in honour of his excellence and contributions to the football game in the country.