Sure Predictions For EFL Championship

By Mynewshub (self media writer) | 2 months ago 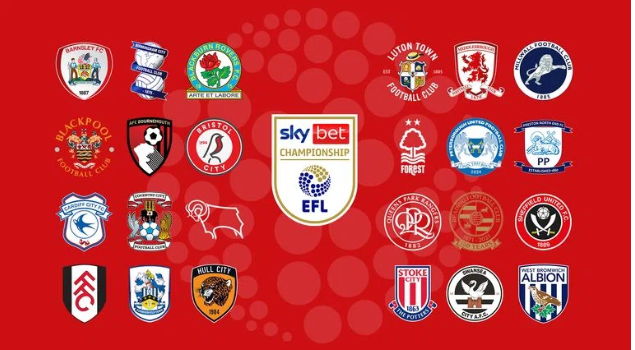 Coventry City face off with guests Bournemouth at Coventry Building Society Arena in the Championship fixture on Monday.

In their previous fixture, Bournemouth drew 0 0 in the Championship tie with Middlesbrough

Millwall will host visiting rivals Hull City at The Den in the Championship clash on Monday.

Hull City come into this game following on from a 2 1 Championship win as they beat Cardiff City in their last match.

Millwall head into this game coming off the back of a 1 1 Championship draw vs Preston North End.

Derby County will arrive at The Kiyan Prince Foundation Stadium on Monday for the Championship clash with home side QPR.

Derby County come into this encounter following on from a 2 1 Championship win with the eclipse of Fulham in their most recent outing.

QPR will play in this match after a 2 2 Championship drawn game versus Huddersfield Town.

The Championship fixture at Select Car Leasing Stadium on Monday will see home side Reading take on Swansea City.

Reading, who won their previous game, will hope for a similar result following the 1 2 Championship triumph vs Sheffield United.

In their last game, Swansea City drew 1 1 in the Championship match with Barnsley.

Middlesbrough head into this fixture coming off the back of a 0 0 Championship drawn game vs Bournemouth.

Funny Hairstyle of Footballers That Got People Talking