The Release Of Andre Ayew At Swansea But Wayne Routledge Offered A New Deal.

By Khontrolla (self media writer) | 1 year ago

Andre Ayew says his winning promotion to the premier league at Swansea would match his champions league, and the world cup exploits.

Andre Ayew was part of the Swansea side banish from the top flight in 2018. He spent a year on a loan at Turkish club fenerbache before moving back to south Wales and becoming the supernatural under Steve cooper.

Andre Ayew has scored 17 goals as the club have reached the sky bet championship of the league championship for second successive season, with the help of cooper's side holding a slim 1-0 on the semi-final advantage over Barnsley going into Saturday's home league.

How will promotion would compare to scoring for Ghana at the world cup finals and for Marseille in the champions league, Ayew; who is called "The King" by his Swansea teammates said, "it would be among the tops".

I have grown to love the club and the fans which will be a big achievement because it would prove I can do it at any level for now. 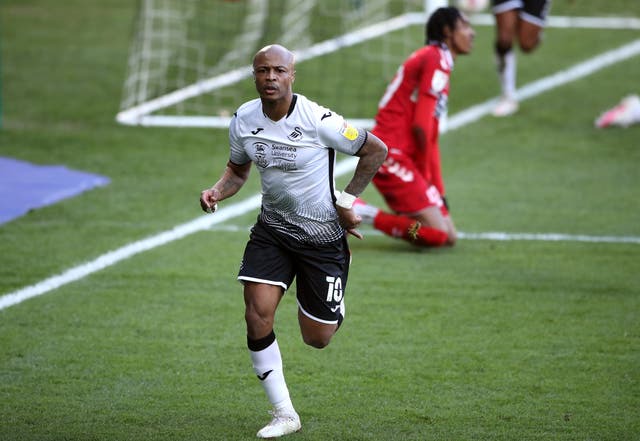 Content created and supplied by: Khontrolla (via Opera News )