Statistics between Cirlo Anceloti, Jose Mourinho and Zinedine Zidane at their era at Real Madrid. 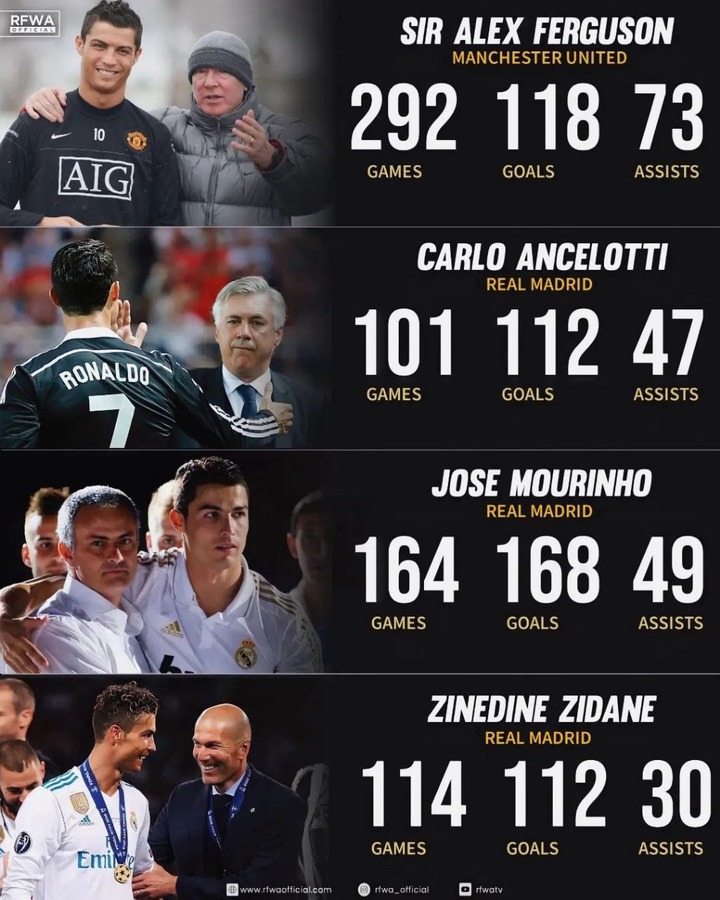 Coaches performance is based on the number of trophies they win and their individual achievements, and also how they transform players who are not all that good to become world class.

Real Madrid is a big club in the Spanish premier division, they have won a lot of trophies with the help of their coaches and the players they had.

Here are some statistics between their former coaches:

He played 114 games as a coach for Real Madrid, and scored 112 goals and win more trophies.

He won the champions league on 3 consecutive occasions for Real and the Spanish laliga and other titles.

Cirlo Ancelotti is the current coach for Real Madrid, he has played 101 games and scored 112 goals.

He has won the Spanish premier league, the champions and super Copa de espana and hopes to win more for Real Madrid.