Finally Paris Saint German have been able to stage their revenge against Bayern Munich as they reach the semifinals of the champions league. Paris Saint German danger men Neymar and Mbappe continued to haunt the Bayern defense but both of them couldn't find the back of the net. The Brazilian forward struck the woodwork twice and missed couple of great chances. The parisians began to panic when Eric Maxim Choupo-Moting nudged the bavarians ahead in the 40th minute. Bayern were without their talisman striker Robert Lewandowski who is an immense threat in front of goal, Serge Gnabry, Corentin Tolliso and Leon Goretzka were all missing in action.

Hans Dieter flick's men continued to haunt the parisians in search of a second goal in the second half but to no avail however, leroy Sane's bad decision making in front of goal cost the bavarians tonight at the parc des princes. The Deutsche international had an opportunity to pass the ball to Thomas Muller but he went for the shot himself and missed. Sane continued to haunt the PSG defense with multiple attempts on goal but again his slow decision making saw the winger unable to convert most of his chances and it's not surprising fans have taken to Twitter to lambast the German international. Indeed Bayern missed Lewandowski and Gnabry but if Sane had stepped up then the parisians would be laughing at the wrong side of their mouth tonight. is the end of the road for the German champions, check out what fans are saying about Leroy Sane's performance tonight. 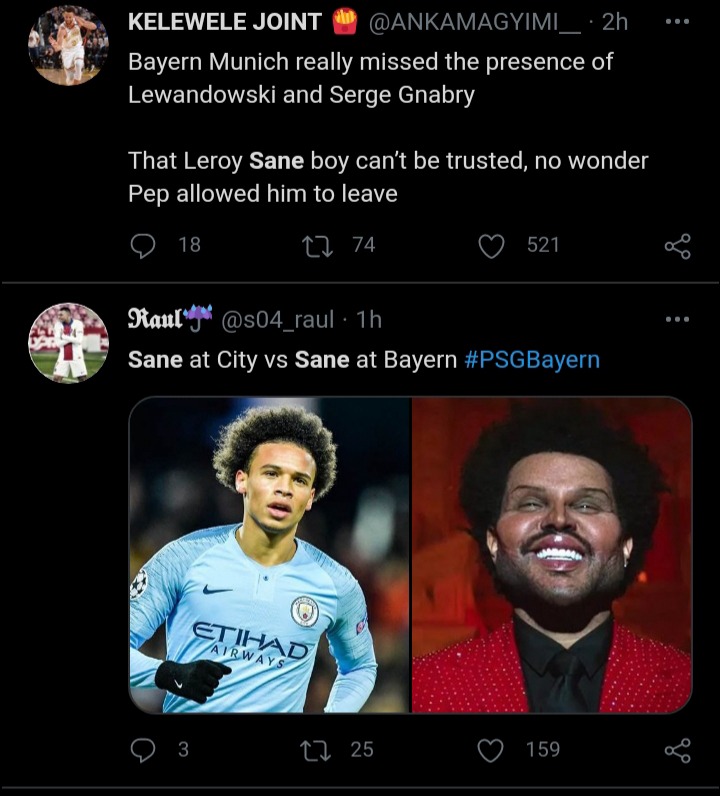 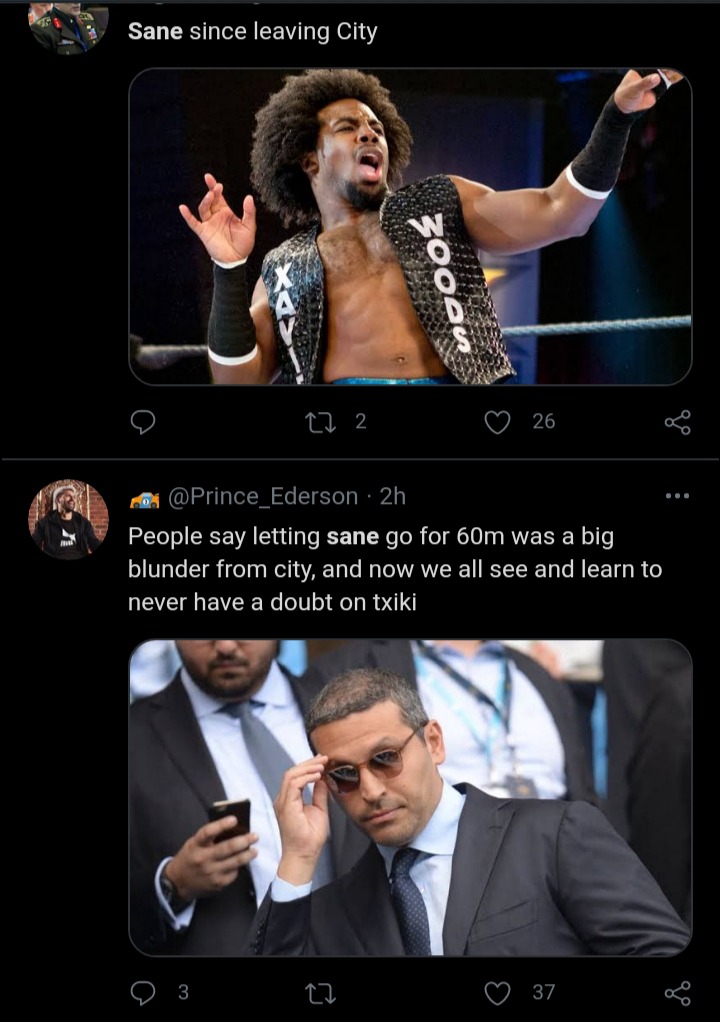 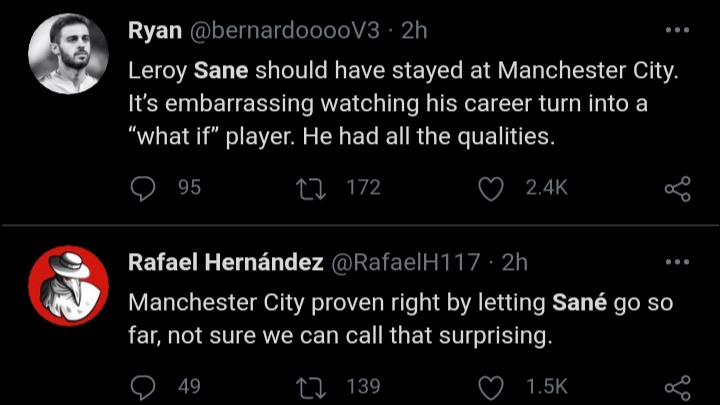 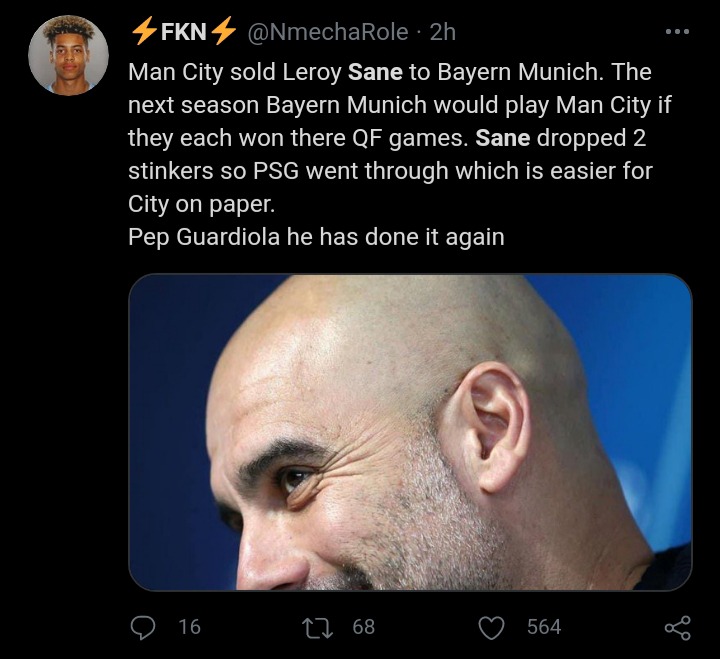