By JNTurkson (self media writer) | 7 months ago

The knockout stage of the 2020 UEFA EURO competition started few days ago. Today was the encounter between Alvaro Morata's Spain and Luka Modric's Croatia. Below is the starting lineup for both teams: 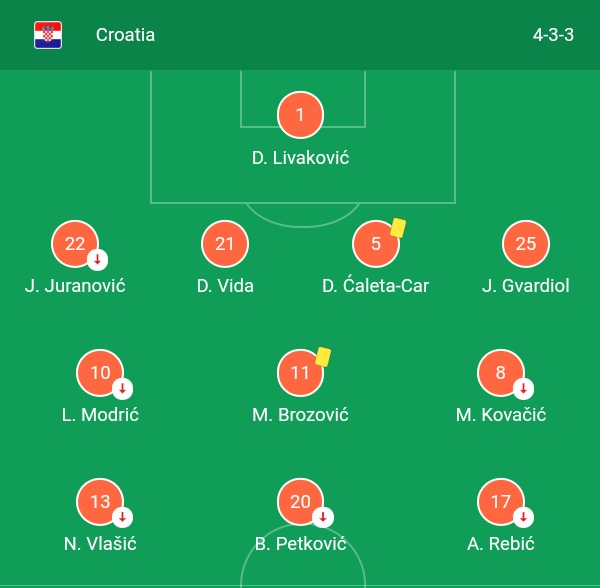 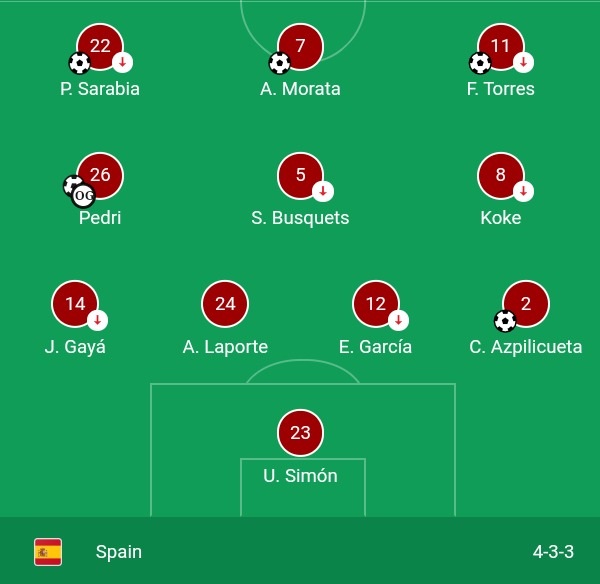 Both teams had qualified for the Knockout Stage as the second placed teams in their respective groups. Spain outplayed Croatia from open play and it was not surprising that Spain had a ball possession of over 70% while Croatia had below 30% at Half time (HT).

Indeed the match lived up to the billing. Spain after going winless in their first two group games recovered from the situation by scoring Slovakia 5:0 and have added Croatia to the 5-goal thriller list. The game saw eight goals with Spain scoring 5 of them while Croatia picked 3 of them. Everyone though all was not for in the 90th minute as Spain led the game by 3 goals to 2 until a goal by Pasalic resurrected the game from the dead and stretched it to the extra time.

The heroics of RB Liepzig player, Daniel Olmo saw Spain win the game in the extra time stage by providing two assists; one to Alvaro Morata and the other to Mikel Oyarzabal. The Spanish national team have shown the Croatian national team that indeed they are masters when it comes to the game.

Below are the scores for both teams in the 5th Knockout Stage game.

Below is the statistics from the game: 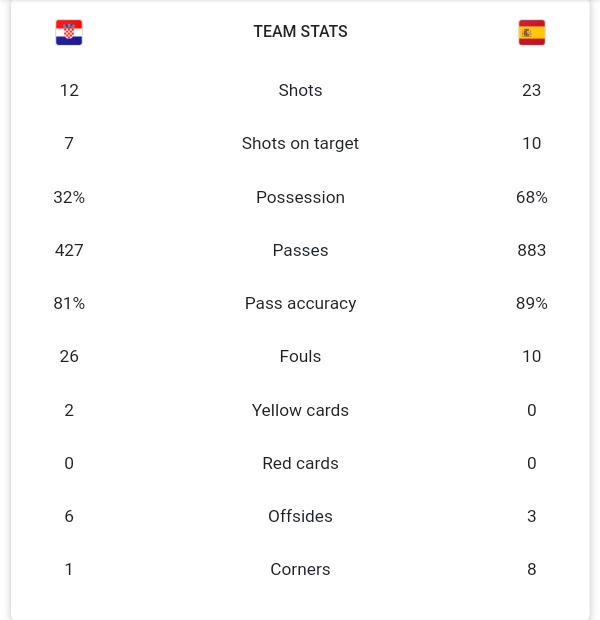 I am of the view that the Spanish national team would go all the way to the semis and probably to even the finals but winning the ultimate, that I cannot tell. What do you make of Spain's performance today and in the competition so far? Do you think the team has what it takes to win the 2020 UEFA EURO title?

Leave all your comments below. Thanks for reading the article.

What must happen for Barcelona to be able to sign Morata