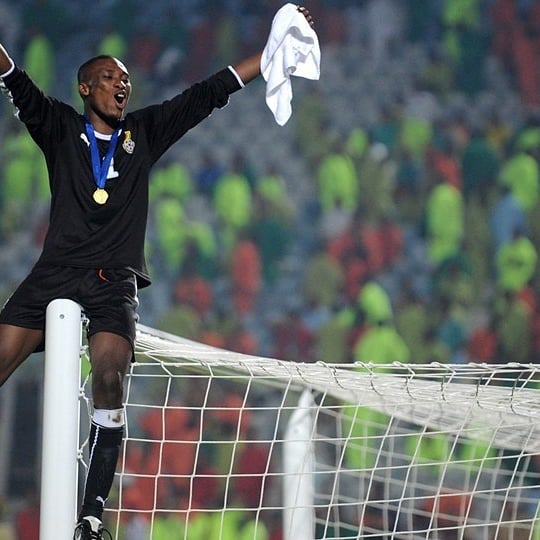 Ghana goalkeeper, Daniel Agyei says he has no regrets staying a bit longer at Liberty Professionals after the 2009 FIFA World Cup glory.

The former Crown Prince FC goalkeeper however stayed with local club, Liberty Professionals for four seasons before a move to South African top flight side, Free State Stars in 2013.

Speaking to GhOne tv, Agyei said he respected his club’s decision at the time.

“After the world cup I had a couple of offers and my club asked me to stay which I was young at that time.

“And I respected the decision which they took at that time.

“And I have not regretted it yet, this is life.” Daniel Agyei said GhOne tv.

Daniel Agyei currently plies his trade with Ethiopian top flight side, Wolaitta Dicha which he signed this month as a free agent.

He last played for Mekele Kenema where he spent just a season.

He started his Ethiopian career with Jimma Aba Jifar where he won the top flight and player of the season in the 2017/18 season.

Agyei has had stints with Medeama SC, Tanzanian club, Simba SC upon the expiration of Medeama contract before the beginning of the Ethiopian journey which has spanned for four years.

Daniel who has not had enough senior national team call ups is happy at strides in the Ethiopian premier league.

“I’m very happy to come back to the league, this is my fourth year in Ethiopia.

“My first season was with Jimma Abba Jiffa which was newly promoted which we won the league.

“I had two trophies in the second season and I became players’ player of the season in my club, Jimma Abba Jiffa.

“And I was fans player of the season also so I’m doing quite well here [Ethiopia].” Daniel Agyei said on GhOne tv.