By EdmundOP (self media writer) | 4 months ago 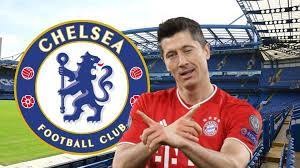 It is no news that the UEFA Champions League winners are in the market for a top striker this season. With Olivier Giroud out, and Tammy Abraham likely to move from the London club.

Chelsea is eager to sign an ace striker with much interest in Dortmund's Erling Haaland. Although Chelsea are willing to spend big to lure the 20-year-old to Stamford Bridge, the prospect of Haaland making the move is becoming weaker and weaker, with Dortmund refusing to throw in the towel in their attempts to keep hold of him.

With Sancho out, Dortmund are eager to hold on to their most treasured asset and this has got the blues looking elsewhere to ensure they land a striker before the window closes.

The Blues, Manchester City and Manchester United are being heavily linked with Harry Kane, who’s given a couple of hints he’d like to leave Tottenham.

However, Thomas Tuchel is now said to have turned his attentions to Bayern Munich striker Lewandowski. According to Sport Bild via journalist Ronan Murphy, Chelsea have been discussing Lewandowski's future with agent Pini Zahavi.

SunSport have exclusively revealed the Blues are considering making a £50million bid for the 32-year-old after struggling to sign Haaland. 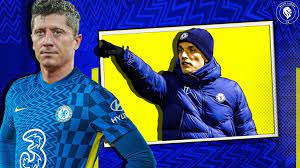 Lewandowski's contract expires in 2023 and he is eager to explore new adventures in the EPL before he drops from active football.

FOR MEN: 5 Tips and Tricks To Grow Beard Faster With No Stress