By Sportking (self media writer) | 6 months ago

Fullback for West Ham United and new Besiktas player Arthur Masuaku has signed a contract with the Turkish club.

The international player who represents the Democratic Republic of the Congo has agreed to an initial loan for the duration of one season, with the transfer becoming permanent in the following summer.

The 28-year-old forward moved to the Hammers in August 2016 from the Greek team Olympiakos, where he had played for six seasons and made 129 appearances, scoring twice.

According to rumours, Carney Chukwuemeka, a teenager currently playing for Aston Villa, would be joining Chelsea in a deal of £20 million.

The young midfielder, who is only 18 years old, did not travel to Australia with Aston Villa for their preseason tour because he did not want to extend his current contract, which is set to expire in the summer of 2019.

In the 2017–18 Premier League season, Chukwuemeka played a total of 12 games for Aston Villa. Recent events saw him contribute to England's success in the Under-19 European Championship.

If Chelsea were to sign him, he would become the club's third new player of the summer.

Sky in Germany reports that RB Leipzig is growing increasingly hopeful that they can reach an agreement with Chelsea to re-sign Timo Werner. Werner is currently under contract with Chelsea.

The Bundesliga club is currently engaged in intensive negotiations with the other club, and they are looking into both short-term loans and long-term contracts for the player in question.

The 26-year-old forward was purchased by Chelsea from Leipzig two years ago; but, he has been unable to keep up the goal-scoring form that prompted the Blues to activate the £45 million release clause in his contract. 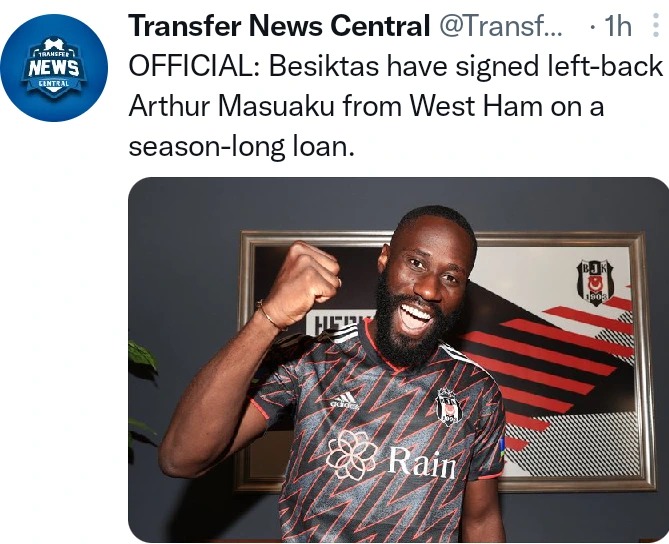 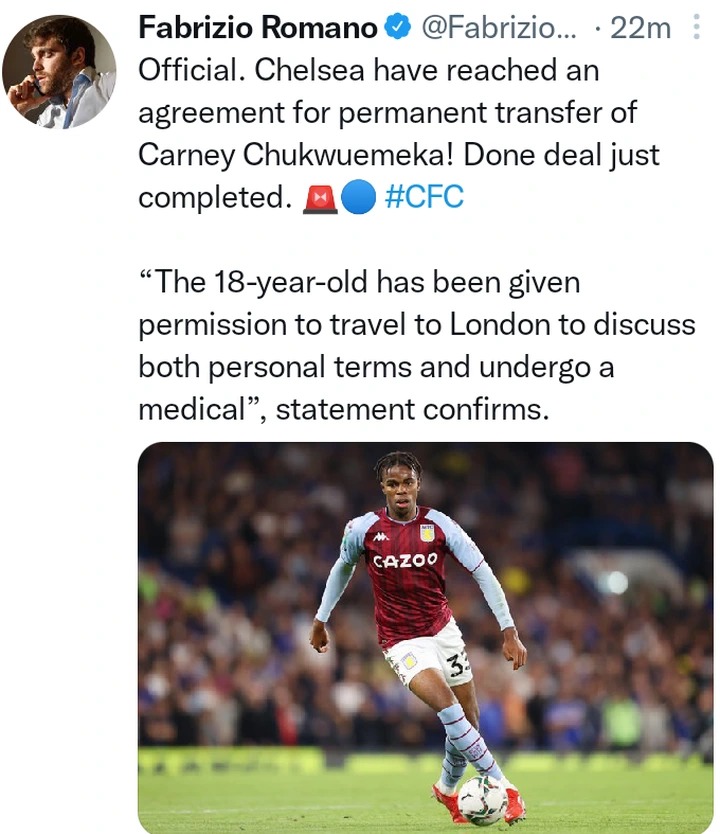 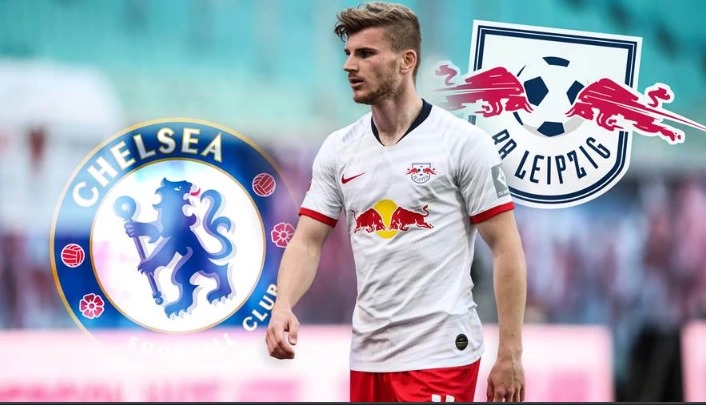