The Champions of Spanish La Liga, Real Madrid have once again proven to be best in European football. This evening Super Cup game between Real Madrid and Eintracht Frankfurt was a very interesting match because both clubs did their best but the better team won. And in the second half, after playing 15 minutes of the game, the potential ballon d'Or winner, Benzema scored to make it 2-0. 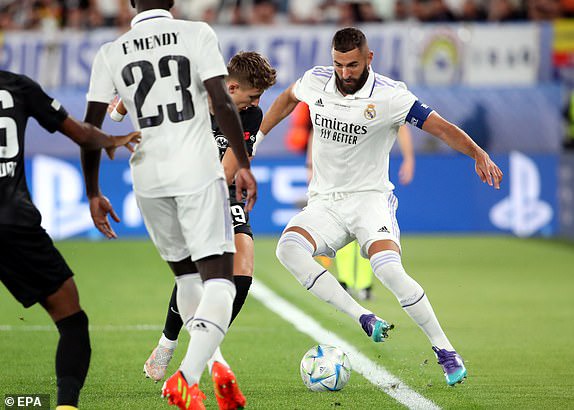