Check Out Ghana's Best Footballer Of The Year. 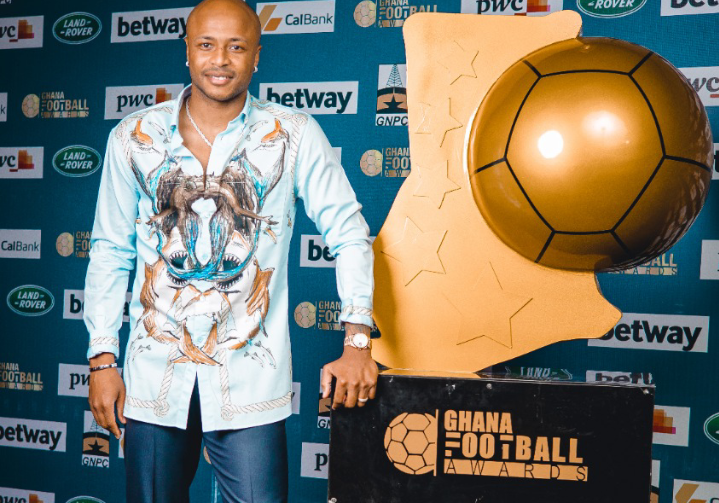 Ghana's Best Footballer Of The Year.

André Morgan Rami Ayew was born on 17 December 1989), also recognised as Dede Ayew in Ghana, is a Ghanaian professional footballer who ultimate performed as  a winger for Championship club Swansea City and captains the Ghana national team.

André Ayew been declared as the Ghana's best footballer of the year at the Ghana football awards in 2021.

Ayew began his career in Ghana, playing for Nania, while debuting for the club at age 14. In 2005, he signed with his father's former club, Marseille, and spent two seasons in the club's youth academy before making his debut in the 2007–08 season. Ayew spent the following two seasons on loan with Lorient and Arles-Avignon, helping the latter team earn promotion to Ligue 1 for the first time. In 2010, he returned to Marseille and became an integral part of the first team under manager Didier Deschamps, making over 200 appearances and winning consecutive Trophée des champions and Coupe de la Ligues in both 2010 and 2011.

André Ayew been declared as the Ghana's best footballer of the year at the Ghana football awards in 2021.

Content created and supplied by: Babams (via Opera News )