The gaffer, was acknowledged for his outstanding display in guiding the Porcupines to a first GPL title in eight years.

And, in recognition of his achievement in the past season, Coach Ogum was named helmsman of the year for his troubles.

At the well organized event in Accra, Coach Ogum won the award ahead of Kasim Mingle of Bechem United and FC Samartex's Henry Wellington. 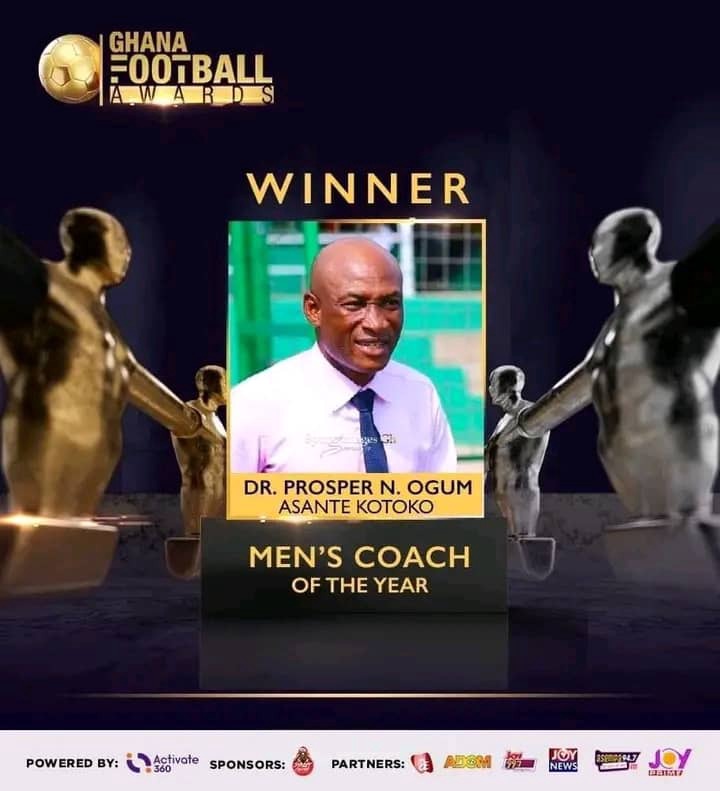 Coach Ogum, guided Kotoko to victory in the 2021/22 GPL campaign, a season they dominated the competition to claim their 26th league title.

Coach Ogum will hope to continue with his exploits in the coming campaign as he looks to put the Porcupines in higher pedestal going forward.

Asante Kotoko will look to defend the GPL title they won last season and, hope to do well in their African campaign next season.