By KONTOMIRE (self media writer) | 25 days ago

Ghana Premier League, GPL side Bechem United will play their first game of the preseason campaign on Saturday afternoon in the capital.

The Hunters are in Accra on a preseason camp, and, they will head to a suburb, Nungua to take on a township selection side in their opening preseason game.

The game will be played at the Nungua Presbyterian School Park on Saturday afternoon with kick-off time set for 3:00pm local time.

The Nungua side is expected to feature a host of GPL stars including former Accra Hearts of Oak player Emmanuel Nettey who will captain the side.

They are expected to offer a stern opposition to Bechem United as they kick off their preparations for next season. 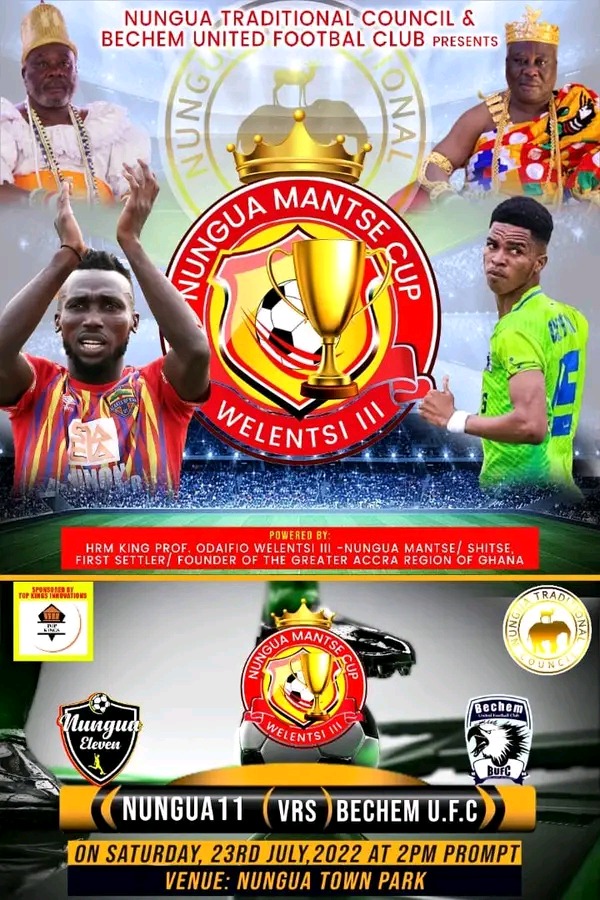 The game has been dubbed the "Nungua Mantse Cup" and, the Chief and elders of the Nungua Traditional Council are expected to grace the occasion.

Bechem United are expected to feature most of their trusted arsenal as they seek to start their preseason campaign with a win against the Nungua selection.

This encounter, will officially climax the annual festival celebrations of the people of Nungua which started some three weeks ago.

“Most Ghanaian Players Do Not Understand Their Contract” - Zutah