By Beliverstimes (self media writer) | 7 months ago

Juventus on a verge to come back for FC Porto.

Andrea pirlo admitted that the portuguese legendary Ronaldo is already ready and over prepared for a come back win against FC porto.

The Juventus boss claims he have fully recharged the portuguese legend and he is in best physical and mental state to overturn their 2-1 loss they suffered to FC Porto in the first leg.

In the first leg of the champions league round of 16 the Italian giants suffered a loss to them with the portuguese legend making shots on goal yet denied by the goal keeper and he even got denied of a clear penalty. 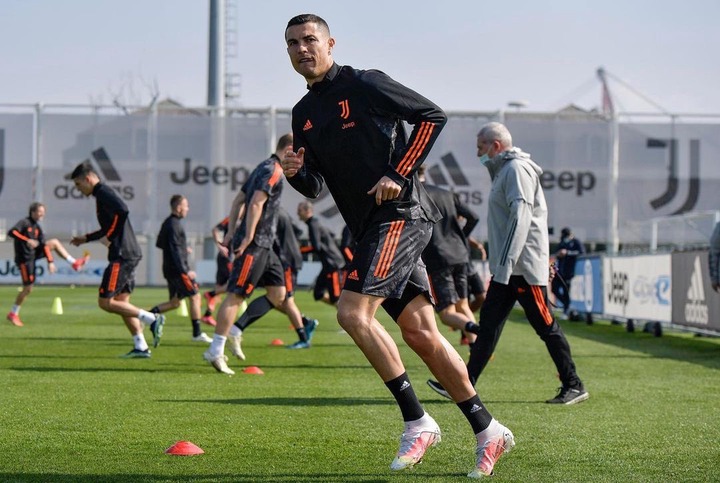 After the game against FC Porto the portuguese immediately posted on Instagram that see you on Tuesday.

Despite the fact the formal Madrid legend was on bench against lazio he have Clinical and decisive in matches recording 22 appearance for the serial a defending champions with 20 goals and 2 appearance came as a substitute.

Pirlo also admitted that Giorgio Chiellini and Matthijs de Ligt should be back in time to host Fc Porto on Tuesday but Arthur and Bonucci who both came off from the bench against Lazio might even start for tomorrow's game.

The Juventus boss added they can't make any mistakes and will have to manage 90 minutes with their best concentration and energy to overturn their defeat.

Well guys the portuguese legend Ronaldo is fine and we'll ready to carry this team on his head again against porto tomorrow it will be a surprise for me if he should more than 2 goals because he have done it before and many times but I am quite afraid of what might happen.

Well if you have anything on might regarding this tomorrow's game pls let me know in the comments below thank you.

Content created and supplied by: Beliverstimes (via Opera News )