Sensational Mohamed Salah Has Become The 7th African To Score A Hat-Trick In The Champions League.

The Egyptian talisman scored the Champions League's quickest hat-trick against Rangers in only six minutes and twelve seconds. 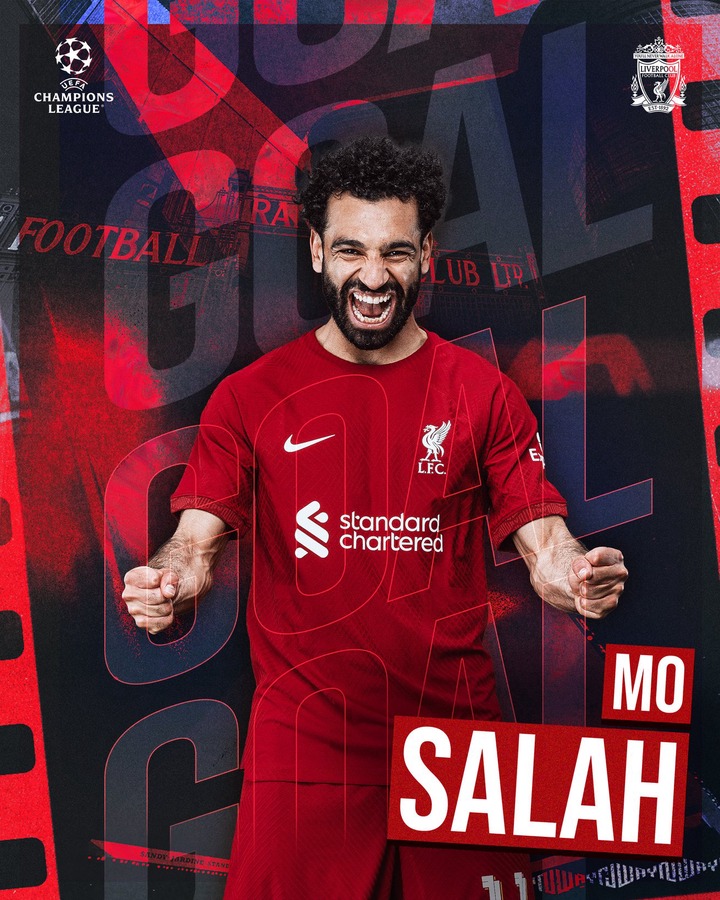 The Egyptian international came off the bench to begin the game, but when he was introduced with a quarter remaining, he had an immediate impact.

He surpasses former Lyon striker Bafetimbi Gomis, who scored a hat-trick in eight minutes against Dinamo Zagreb in a 7-1 victory in 2011, to set a new record in Europe's top division with this accomplishment.

In the competition, Cristiano Ronaldo, Robert Lewandowski, and Raheem Sterling have all accomplished 11-minute hat-tricks, but none have done so as quickly as Salah. 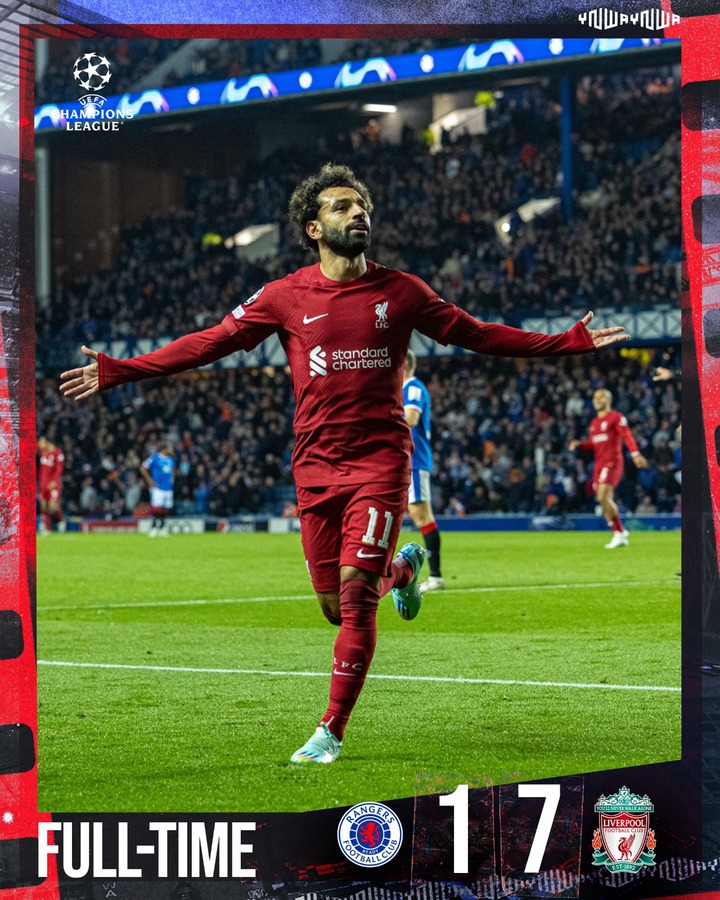 Salah and Roberto Firmino received accolades from a former Manchester United player on BT Sport for their performance last night in front of 48, 820 fans at Ibrox Stadium.

Ferdinand stated, "I don’t think they’re as far away as people are making out. You saw today, Mo Salah, he may have been a little off form, but he comes on today and gets a hat-trick. He (Salah) managed to get three today, and Firmino managed to get two. I’m sure those players will be heading into this next game against Man City bouncing with confidence. "

Salah's first goal came as a result of an incredible piece of control inside the box, which he pushed past Allan McGregor, the goalkeeper for the home team, from a tight angle in minute 75. 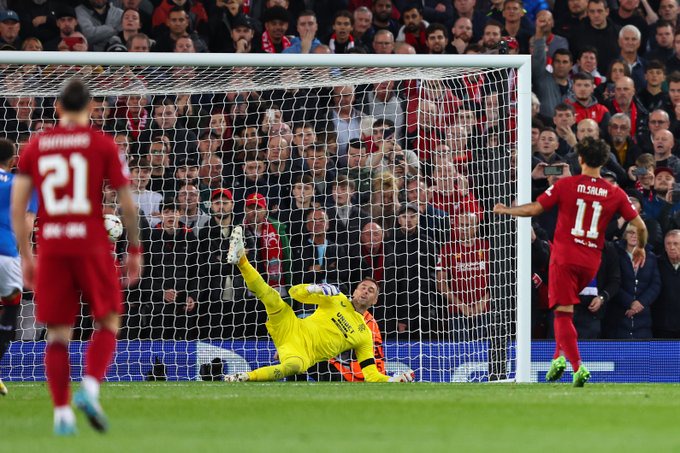 At the 80th and 81st-minute mark of the proceedings, the Egyptian continued his trademark curling left-footed effort, securing the hat-trick within the shortest possible time in the competition.

The astute editors of www.atspo.com can state that Salah has scored 38 UEFA Champions League goals for Liverpool, now the most by any player for an English club in the competition, surpassing Didier Drogba for Chelsea and Sergio Aguero for Manchester City, both of whom have scored 36 goals. 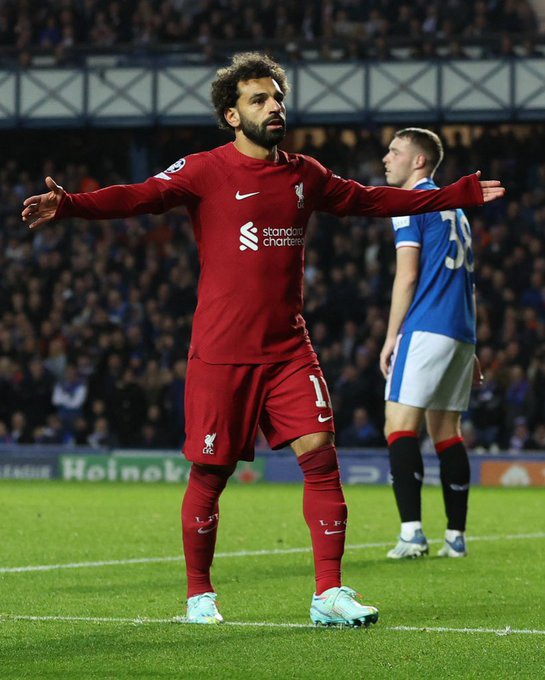