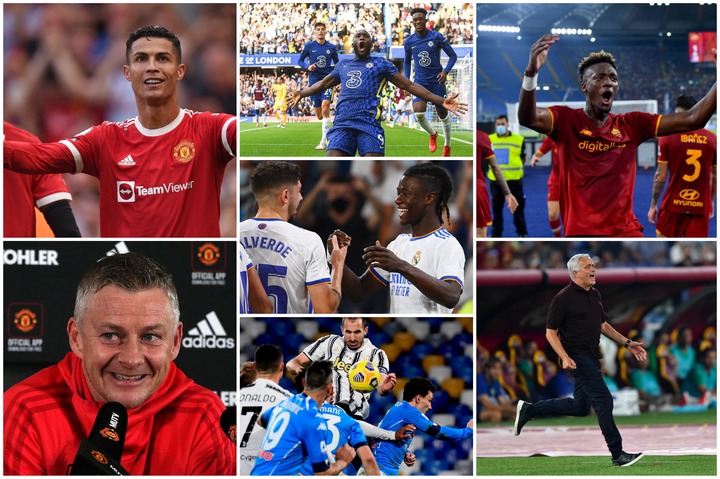 Manchester United grabbed another three points on Saturday after thrashing Newcastle United 4-1, and their new signing, Cristiano Ronaldo found the back of the net twice. The Portuguese star scored the first goal of the match in the first half and scored the second for Manchester United in the second half after Newcastle's equalizer, to help the team defeat the Magpies. The Red devils manager, Ole Gunnar Solskjaer heaped praises on the 36 year old in his post match conference saying, Ronaldo is more matured and has developed compared to his first stint at the club, he's ruthless and clinical goalscorer and smell the big moments. The Norwegian manager also revealed there were a lot of expectations on Ronaldo and team prior to the game and he delivered and was pleased with how efficient the team was infront of goal.

Another victory was recorded at Stamford Bridge as Chelsea beat Aston Villa on Saturday. Chelsea hitman, Romelu Lukaku once again proved his wealth banging two goals coupled with a sumptuous finish from Kovacic saw the match finish in a 3-0 scoreline. Lukaku now has three goal after three games and an obvious contender for the Premier Golden boot. Courtesy to his heroics, Chelsea now sit second on the league with 10 points and looking forward to extending their unbeaten run.

Italian giants, Juventus were handed another shocking defeat on Saturday by Napoli at the San Paolo stadium in a 1-2 scoreline. The Old Lady have had tough start to life under their new manager, Max Allegri and after the departure of their talisman, Cristiano Ronaldo, the situation seem to be getting worse considering the dwindled firepower of their attack. The team is yet to win a match, having drawn one and lost two games, currently sitting in the mid-half of the table with just one points. They face their league rivals, AC Milan next and looking forward to mark a turning point in their woes.

Real Madrid summer signing, Edouardo Camavinga has kicked start his career at Real Madrid on a bright note contributing to the Los Blancos triumph against Celta Vigo yesterday. The 18 year old was introduced into the game in the second half and scored in the 72nd minute, coupled with Benzema hattrick and Vinicius Jnr sumptuous finish helped Madrid make comeback in a 5-2 victory. Ancelotti side have now leaped to the zenith of the table with 10 points, jointly with Athletico Madrid and Valencia.

Jose Mourinho marked his 1000th game with a win. 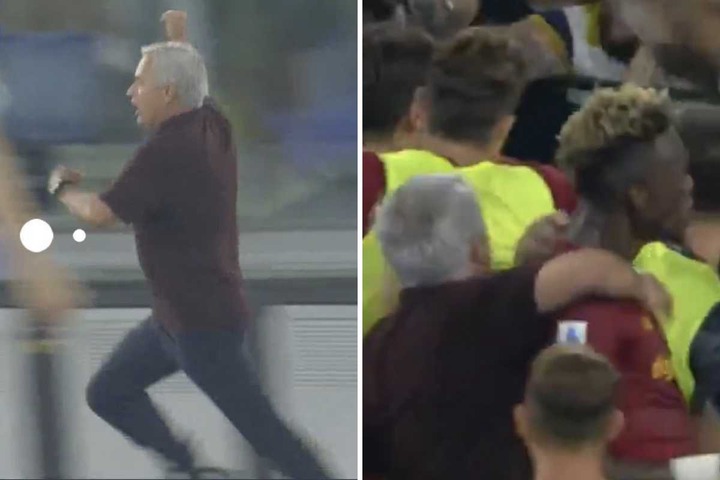 Jose Mourinho side, AS Roma faced Sassuolo yesterday in what was the 1000th game for the Portuguese tactician as a manager. Mourinho wish to mark his managerial mileage with a win was almost shattered after Filip Djuricic second half goal cancelled AS Roma lead. However Roma winger, Stefan El Shaarawy came to the team's rescue scoring an injury time goal to win the game for Roma. Mourinho burst into happiness and celebrated wildy as he marked his 1000th game with a win. Responding to his wild jubilation after the victory, he claimed he felt like a kid after the dramatic win.