Ronaldo Jnr given celebrity welcome in school as his new mates rush for pictures with him.

Cristiano Ronaldo Jnr has began life in school once again as a celebrity, but this time around in England where his father will be starting a new chapter of his career. His father, Cristiano Ronaldo snr joined Manchester United from Juventus last month which means the little boy would also have to start a new chapter of his life in England, and has recieved a celebrity welcome after his first day at school, as his new school mates were spotted happily posing for pictures with him. 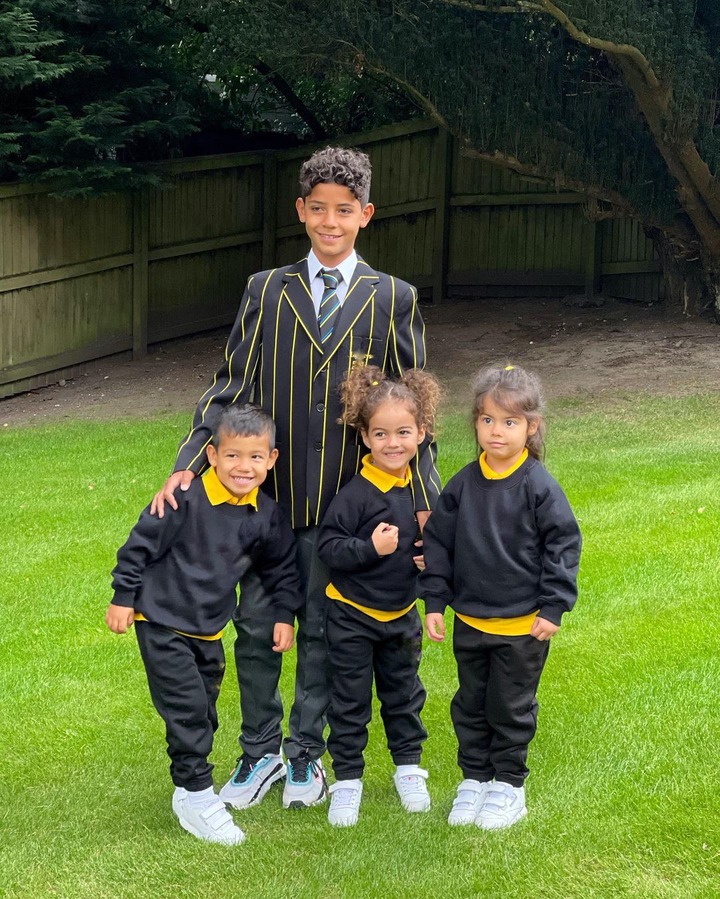 The 11 year old will also be spending part of his days training at Manchester United youth side, as he horns his abilities for the future to take off from where his father would leave the baton. The young kid was spotted few times pulling some startling skills during his days at Juventus academy and many believe he could have a similar career as his father. He finds himself in the same academy with the child of his father's former attacking partner, Wayne Rooney, Kai Rooney and Manchester United fans would be looking to see them progress through the ranks and replicate their fathers heroics at Old Trafford in the next few years. 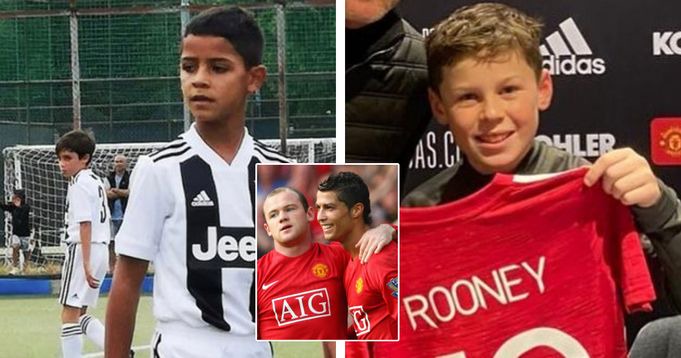 Meanwhile Cristiano Ronaldo snr officially signed his contract with Manchester yesterday and declared his readiness to play this weekend as the Red devils face Newcastle United on Saturday. Manchester United fans are anticipating the five times Ballon d'or winner to hit the ground running and form a telepathic partnership with his new teammates and bring the teams golden days back.